Love streaming? Just finished binge-watching your last TV show and need something to fill the gap? You've come to the right place! Stream all you like with picks from our team of Telly experts! 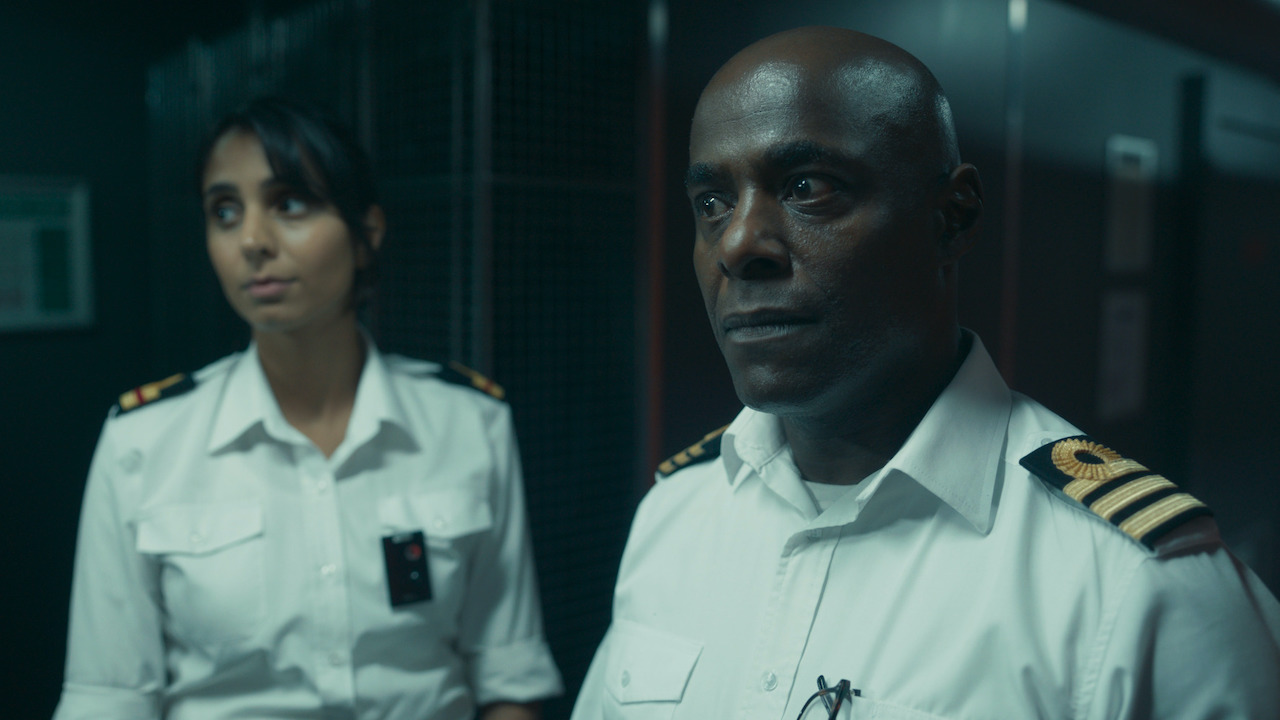 Vigil is the highly anticipated new drama about the mysterious disappearance of a Scottish fishing trawler, and a death on a Trident nuclear submarine which forces the police into a thrilling conflict with the Navy and British security services. 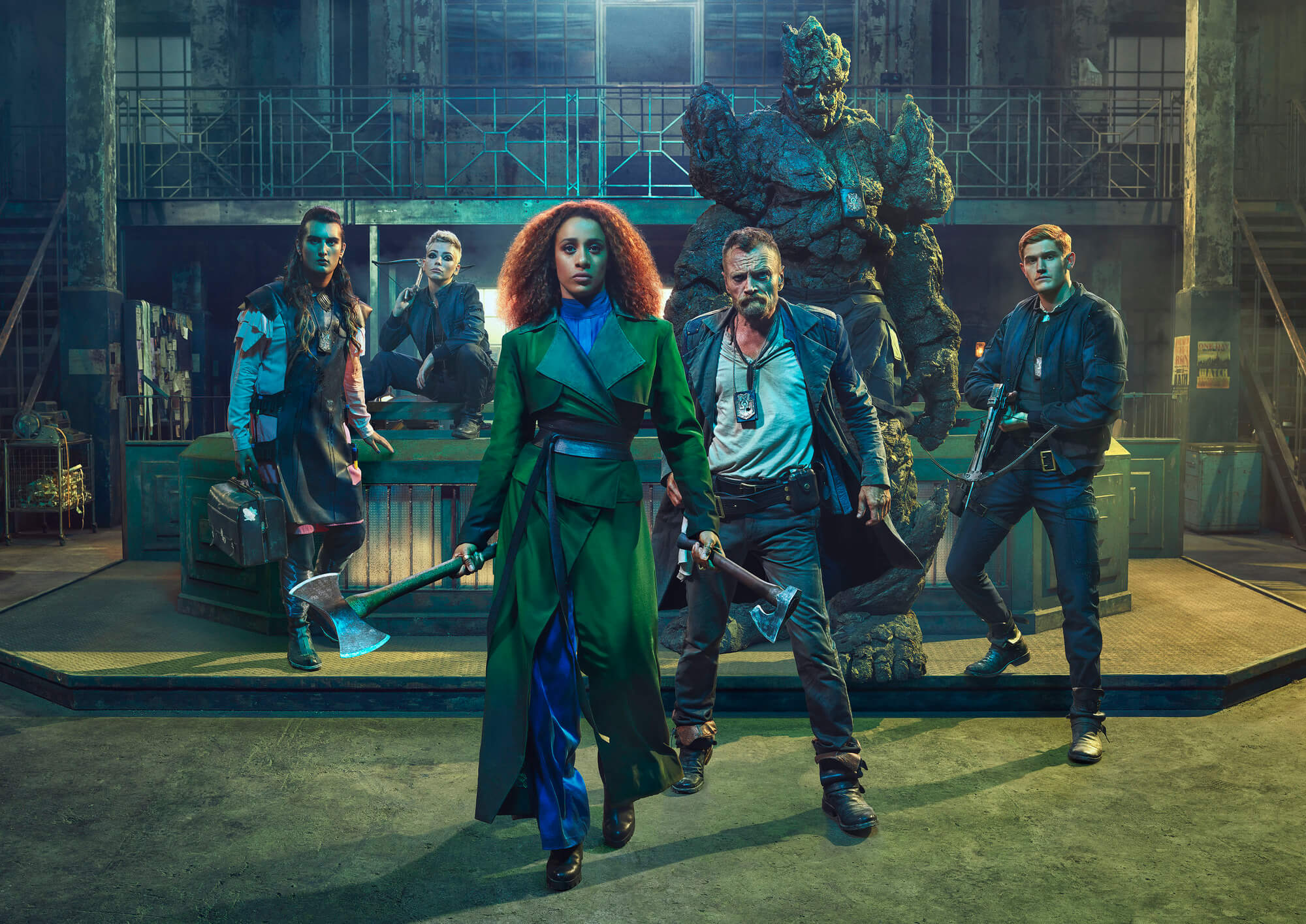 Have you seen The Watch yet? Now playing on BBC Two as well as BBC iPlayer, The Watch is inspired by Sir Terry Pratchett’s Discworld. In Discworld, crime is legal, which prompts a ragtag group of chaotic cops to come together and try and save their world from inevitable doom. Don’t miss this apocalyptic, punk rock comedy on BBC. 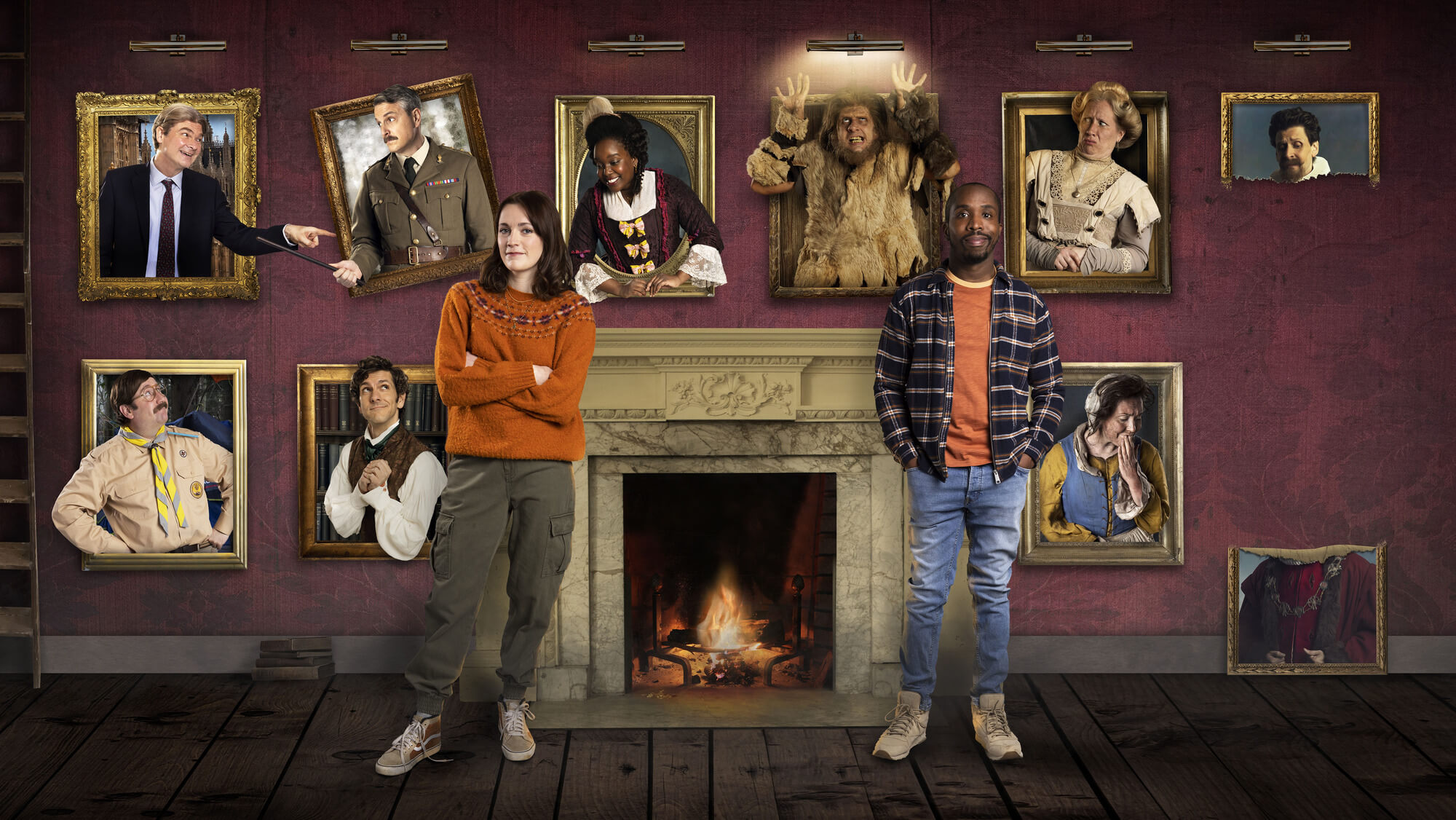 Starring Charlotte Richie and Kiell Smith-Bynoe, the comedy sitcom returns for a third season for even more hilarious hauntings in the grand country estate the couple have taken over. Don’t miss Ghosts on BBC iPlayer. 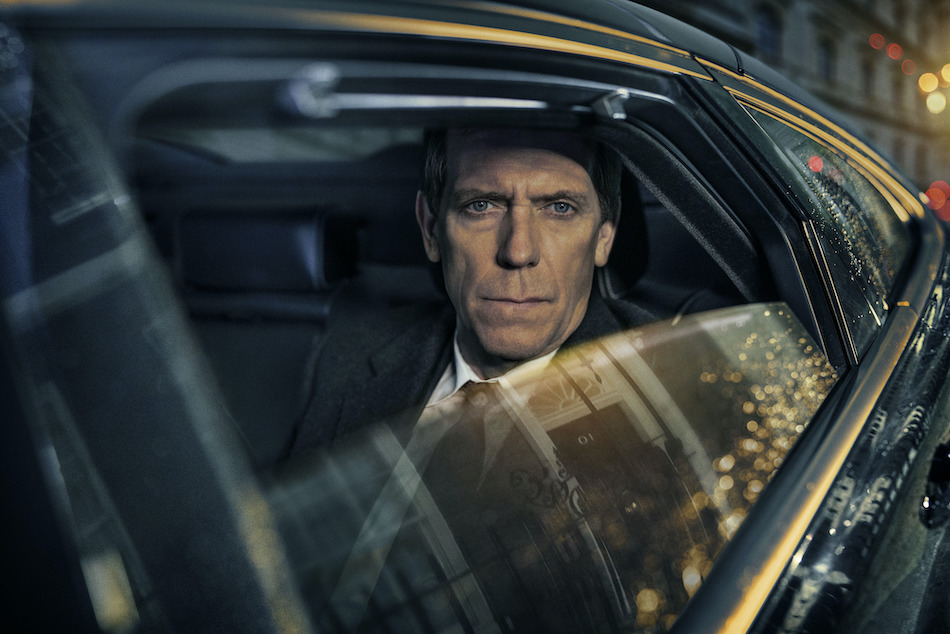 Stars Hugh Laurie as Peter Laurence, a charismatic government minister with a burning secret. Could the person who knows his truth disrupt his chances of a big promotion to high office? 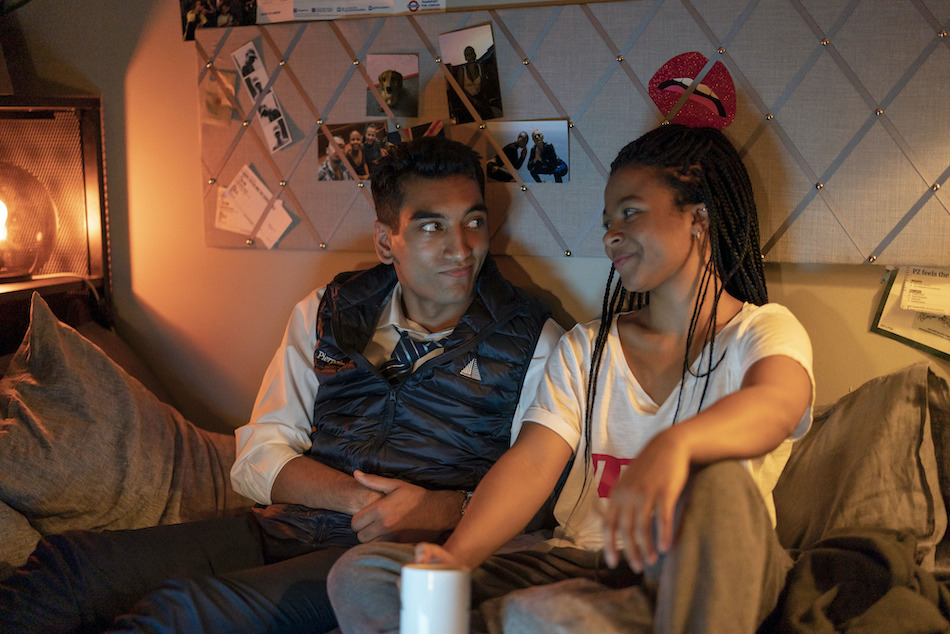 Industry follows the lives of 5 recent university graduates who begin their careers in one of the most pre-eminent financial institutions in the world. Will they all pass the tests they face? 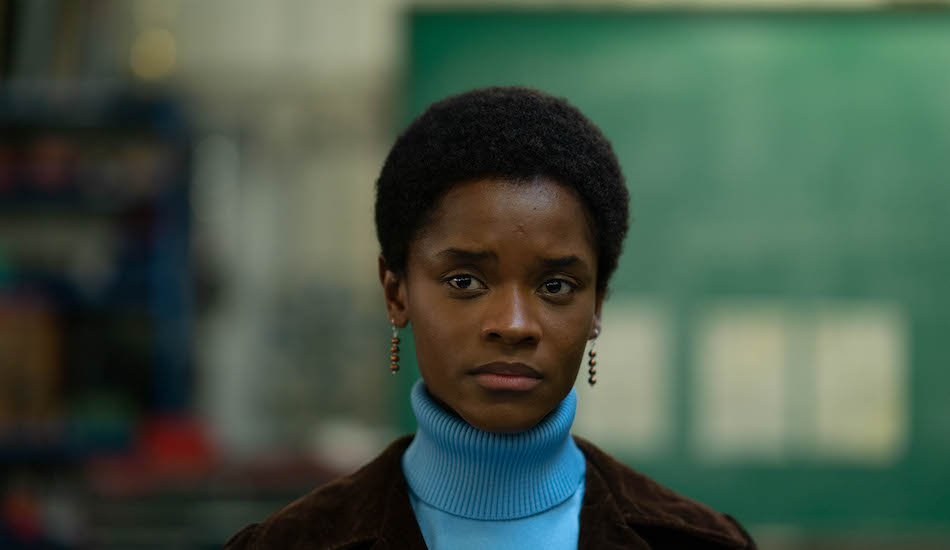 Small Axe documents life in the West Indian community in London, and tackles the systemic racism in Britain. Watch the trailer here and find out who's starring in the mini-series.

We Are Who We Are 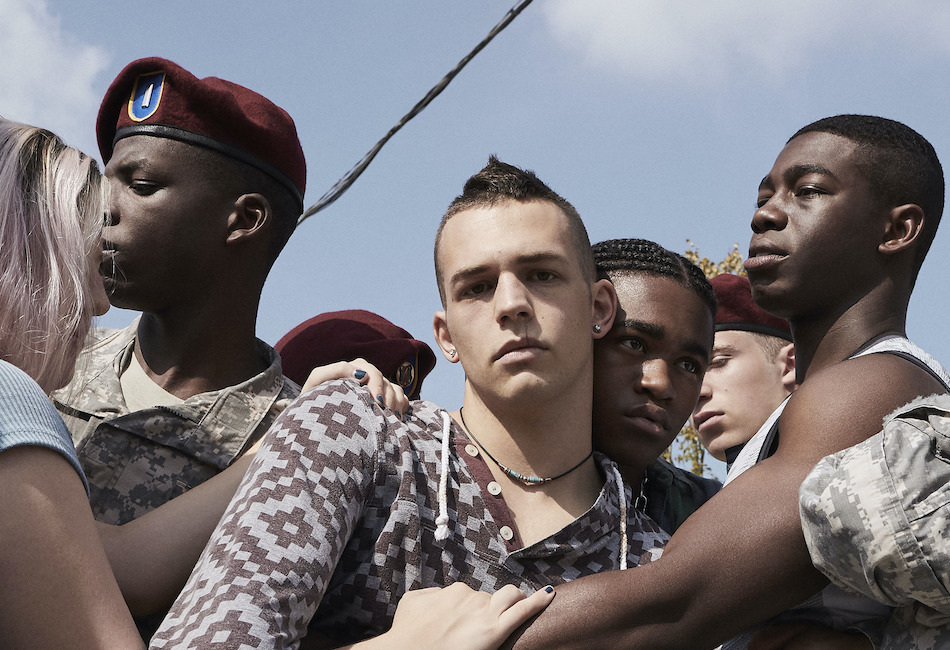 We Are Who We Are follows Fraser, the fourteen-year-old son of Maggie, who's life is uprooted from New York City in order to start a new chapter in their lives at an American military base in Veneto, Italy. At first Fraser isn’t interested in making new friends; that is until he meets Caitlin.

If you’re into serial killer dramas, check out The Valhalla Murders. When an ex-drug dealer is found murdered, an Oslo detective must return to Iceland and help a police officer find the killer, using a mysterious photograph as their lead. Want more like this? Discover more crime titles and learn more about The Valhalla Murders here. 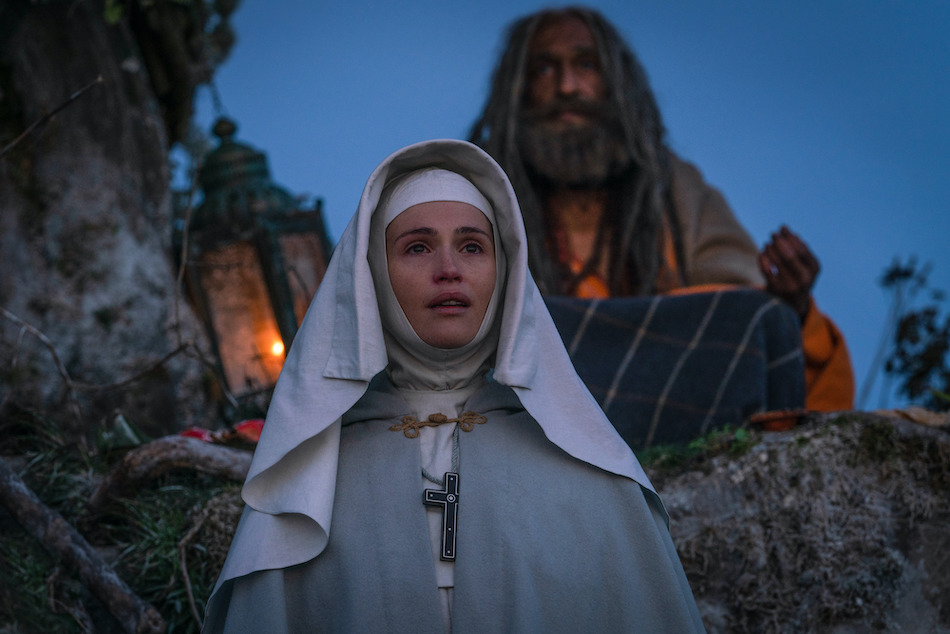 This drama series based on the 1947 film follows the story of Sister Clodagh and the sisters of St Faith as they start a school in the mysterious and quite possibly haunted palace of Mopu.

Get ready for The Investigation, a series based in Copenhagen, which follows chief of homicide Jens Moller as he learns about a missing Swedish journalist who hasn’t returned from interviewing the designer of a home-made submarine. Based on a true story, The Investigation dives into the suspected murder of the woman, despite no evidence of a body to suggest this. It’s a chilling tale, subtitled in Danish and Swedish, and stars Søren Malling (Warrior). 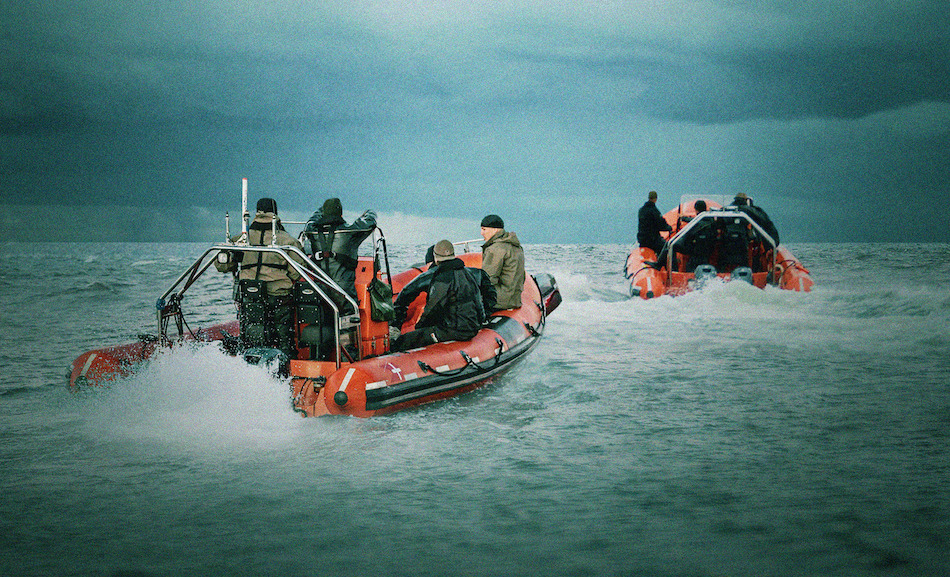 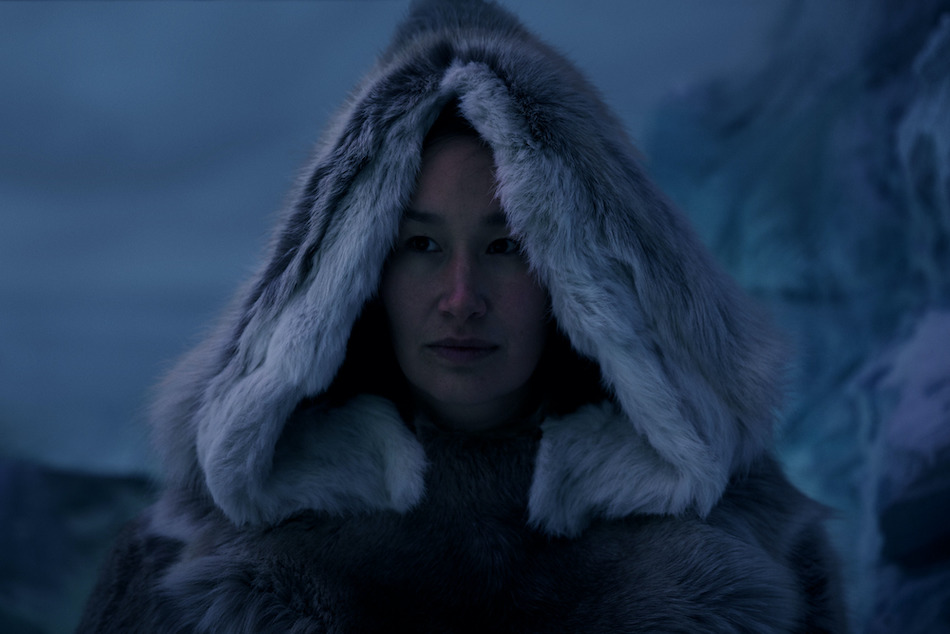 Kelly Macdonald joins the cast as DCI Joanne Davidson, and the series kicks off when the team discover a potential suspect in the unsolved murder of journalist Gail Vella (Andi Osho), a year after her death... 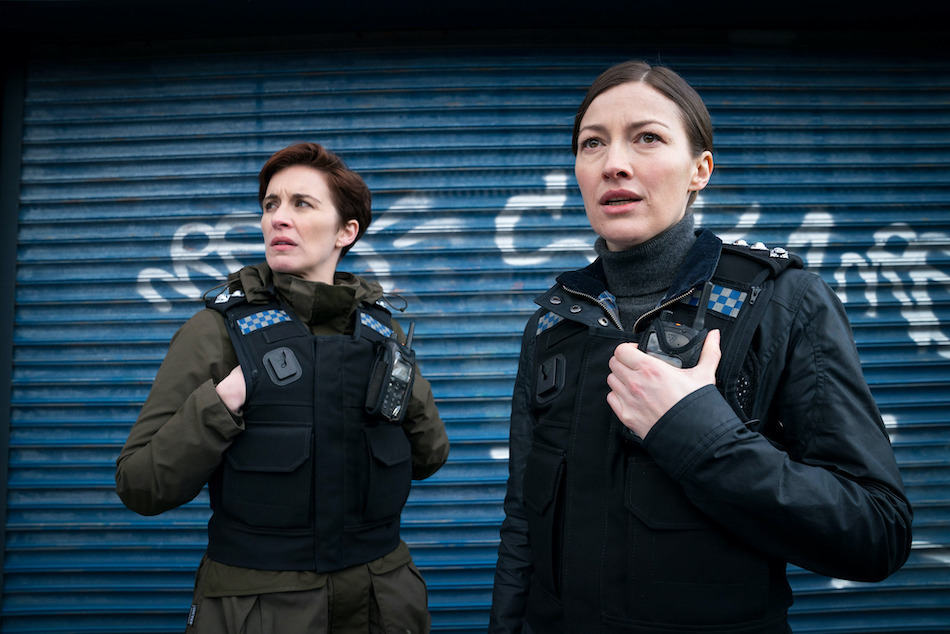 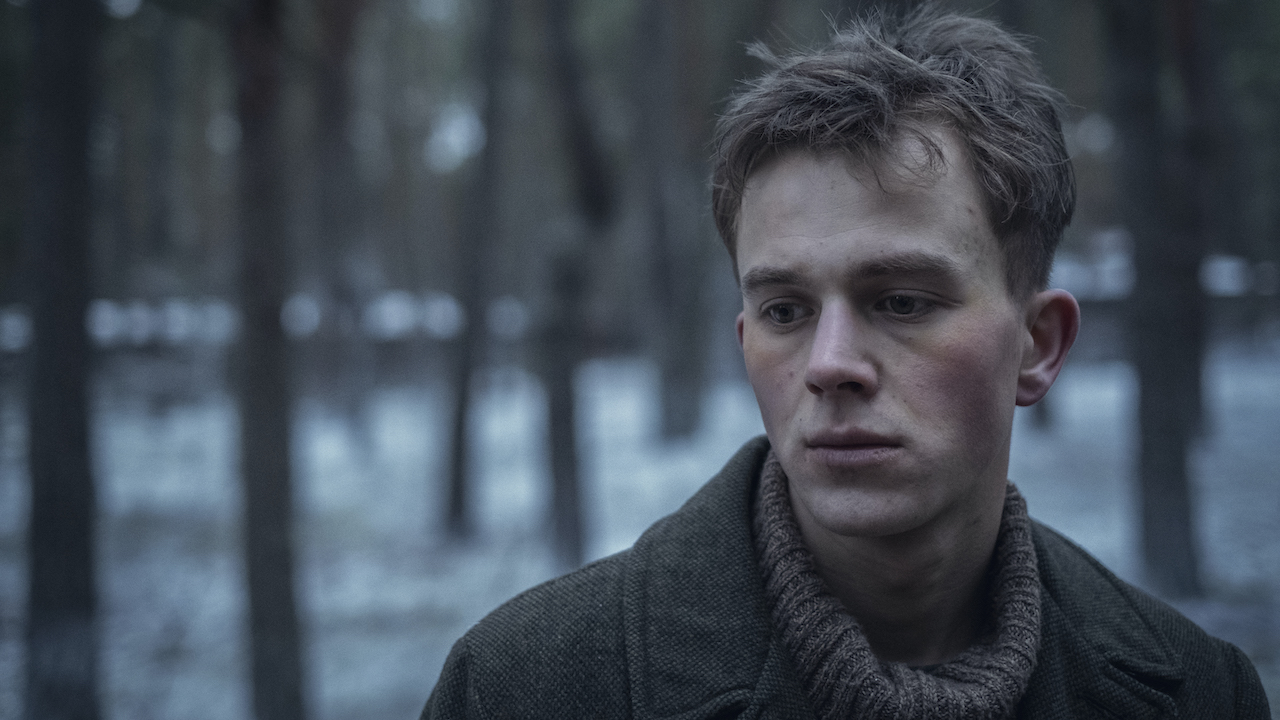 The Mire begins during the "flood of the century" that hit southwestern Poland in the summer of 1997. The city's levees burst and the unbridled element floods part of the city and the forest on Gronty. The water uncovers human remains buried in the forest, as well as the body of a teenage boy who is believed to be an accidental flood victim. These two events, only seemingly unrelated, uncover a series of mysteries in the town.

Never Have I Ever 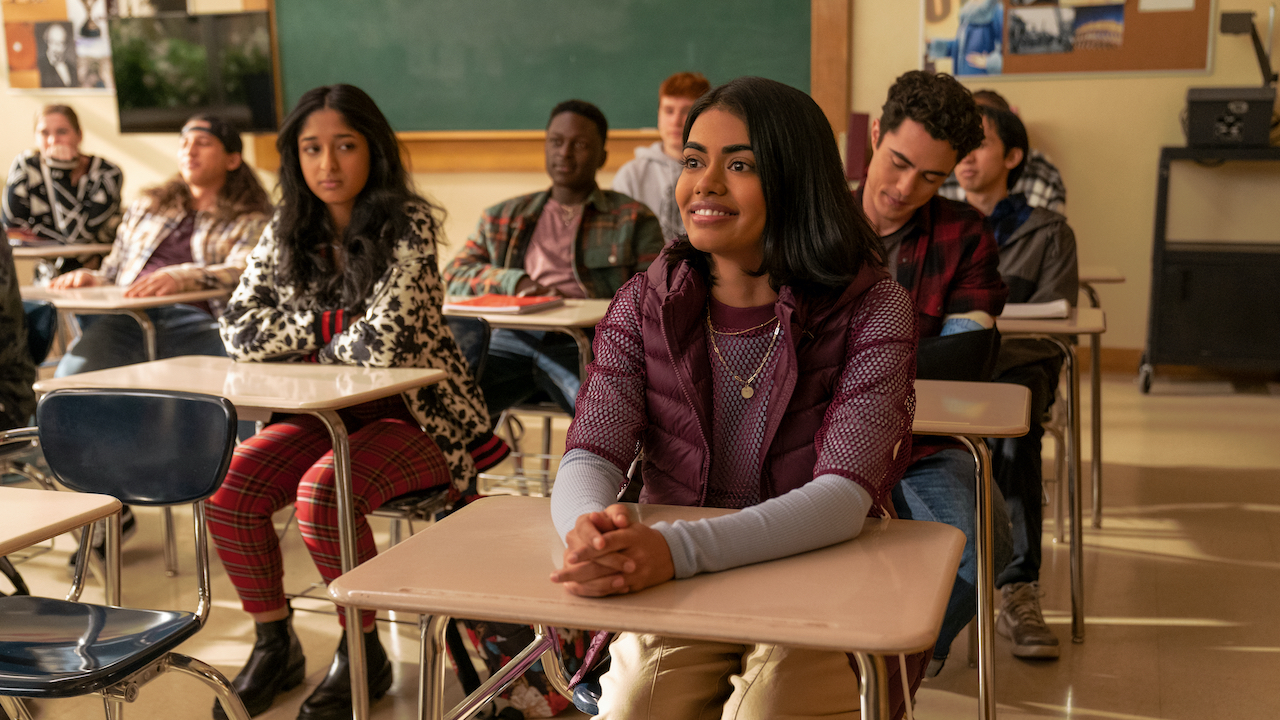 In Season 2 of the coming-of-age comedy Never Have I Ever, Indian American teenager Devi (Maitreyi Ramakrishnan) continues to deal with the everyday pressures of high school and drama at home, while also navigating new romantic relationships.

Bean stars in a Prison drama about a new inmate who needs to adapt to dangerous new surroundings as he reflects on the crime that brought him here, all while sharing a cell with a murderer suffering from panic attacks. 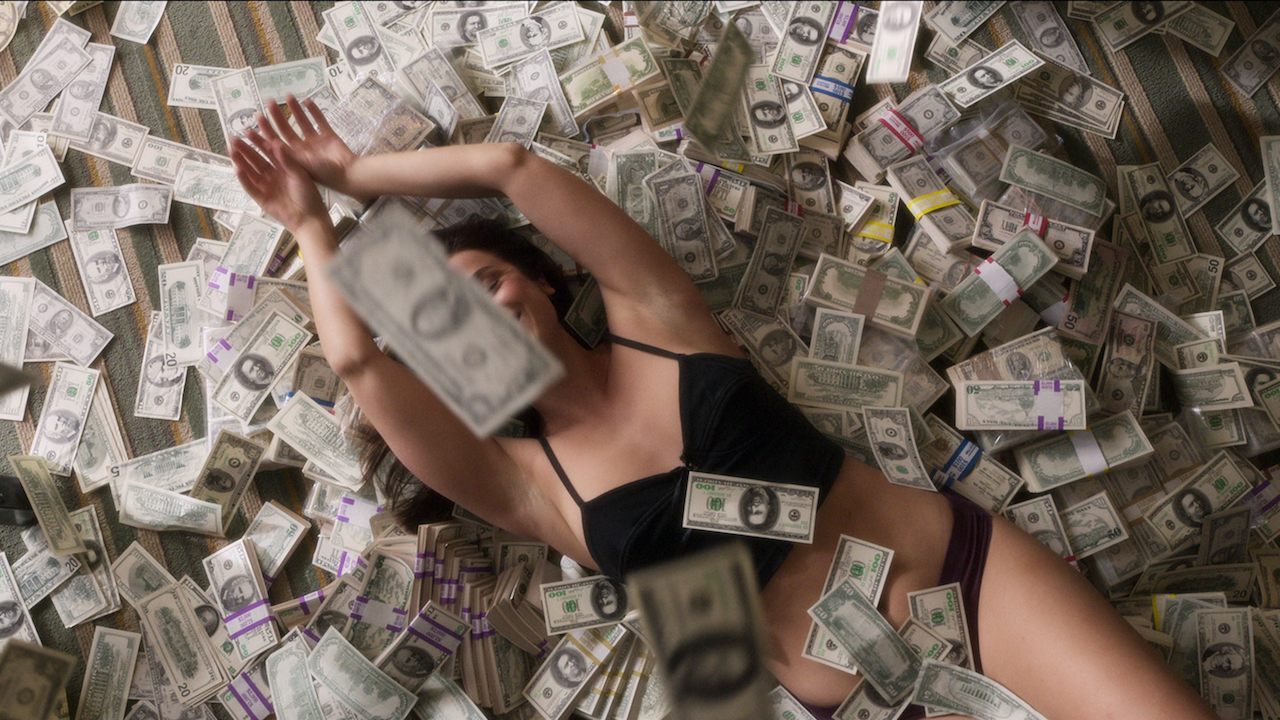 A 21-year-old woman steals millions in Vegas casino cash, meanwhile an aspiring father swipes a fortune from the Miami airport... all while using clips from TV shows to work out how to get away with it.

The Pursuit of Love

The Pursuit of Love is an adaptation of the novel by Nancy Mitford which follows the lives of two cousins living in 1920s Oxfordshire. Linda dreams of a life filled with adventure whereas Fanny prefers stability after being abandoned by her mother. Lily James and Emily Beecham star alongside Dominic West and Freddie Fox. 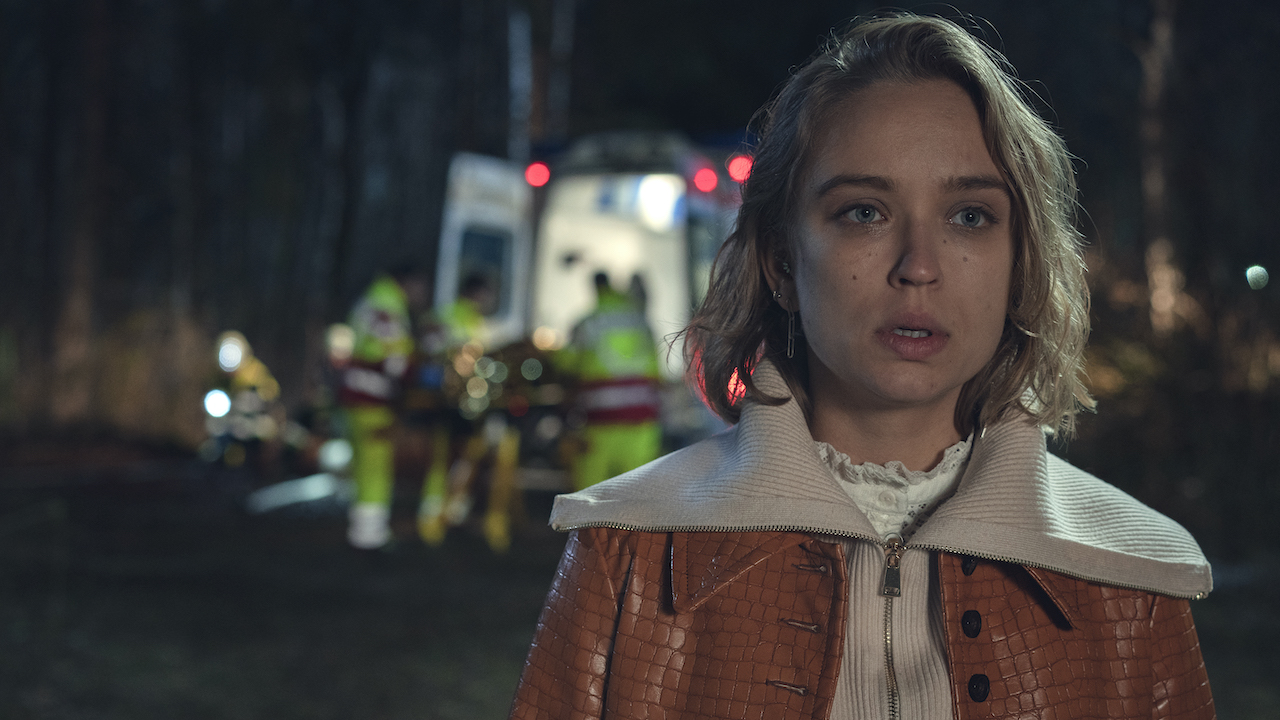 After being abducted, Mia has no recollection of what happened in that time period. But when she finds a message she has written to her future-self, she realises that her life is in imminent danger if she doesn’t solve the mystery of her own disappearance.

The Pact follows the story of a young brewery boss who is found dead, triggering a chain of events that leaves four of his employees in the ultimate pact of silence. But are they responsible for his death? Find out on Monday 17th on BBC One at 9pm. 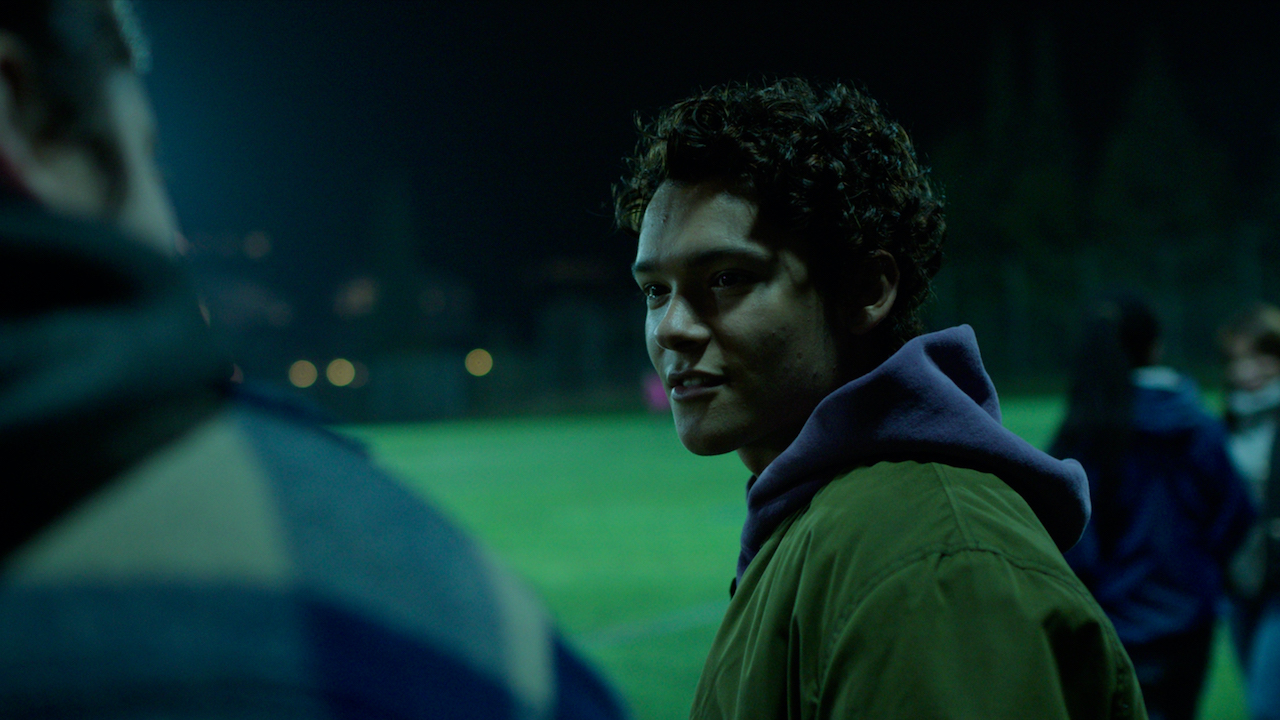 When Prince Wilhelm (Edvin Ryding) arrives at a prestigious boarding school, he finally gets an opportunity to explore himself as a person and find out what he really wants from life.

Blinded: Those Who Kill

In desperate need of a crime drama to sink your teeth into? Look no further than Blinded: Those Who Kill, the sequel to the Danish crime drama series Darkness: Those Who Kill. With Criminal profiler Louise Bergstein back to investigate unsolved murder cases, this is the show to watch on Saturday night! 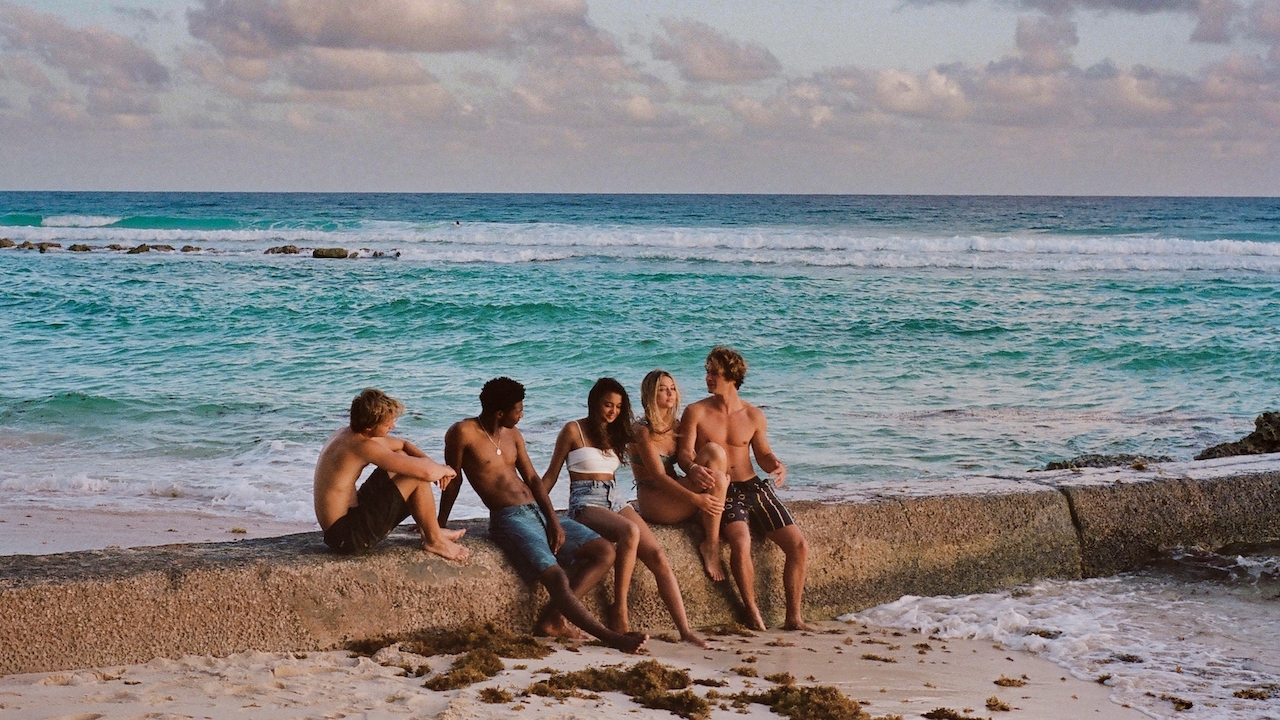 Get ready for all new adventures from our favourite Pogues, John B, Pope, Kiara, JJ and Sarah Cameron. OBX is like The Goonies meets The Society and had a love child, and we’re ready for the G-game to resume. Who doesn’t love a good treasure hunt? Especially when there’s $400 million at stake... 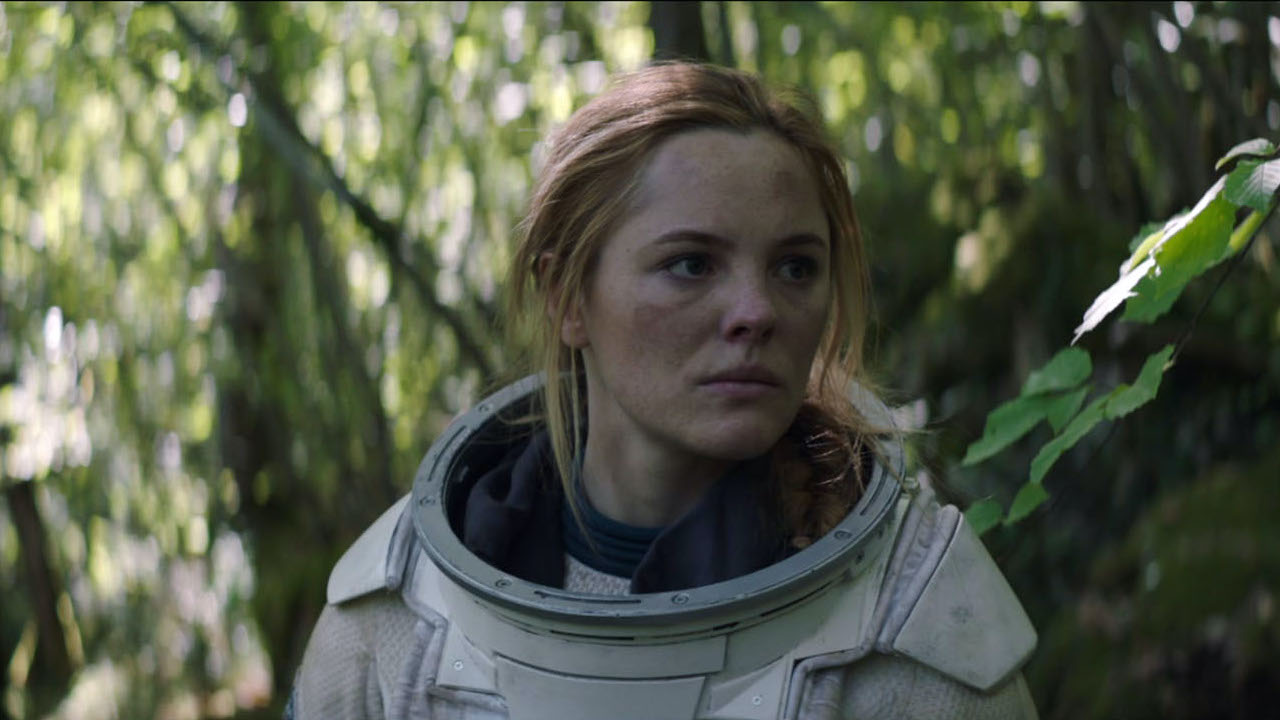 Missions follows a group of dedicated astronauts on the first mission to Mars. They have one goal: discover a new world. But their plans go awry when they discover they were beaten to the punch – but by what? 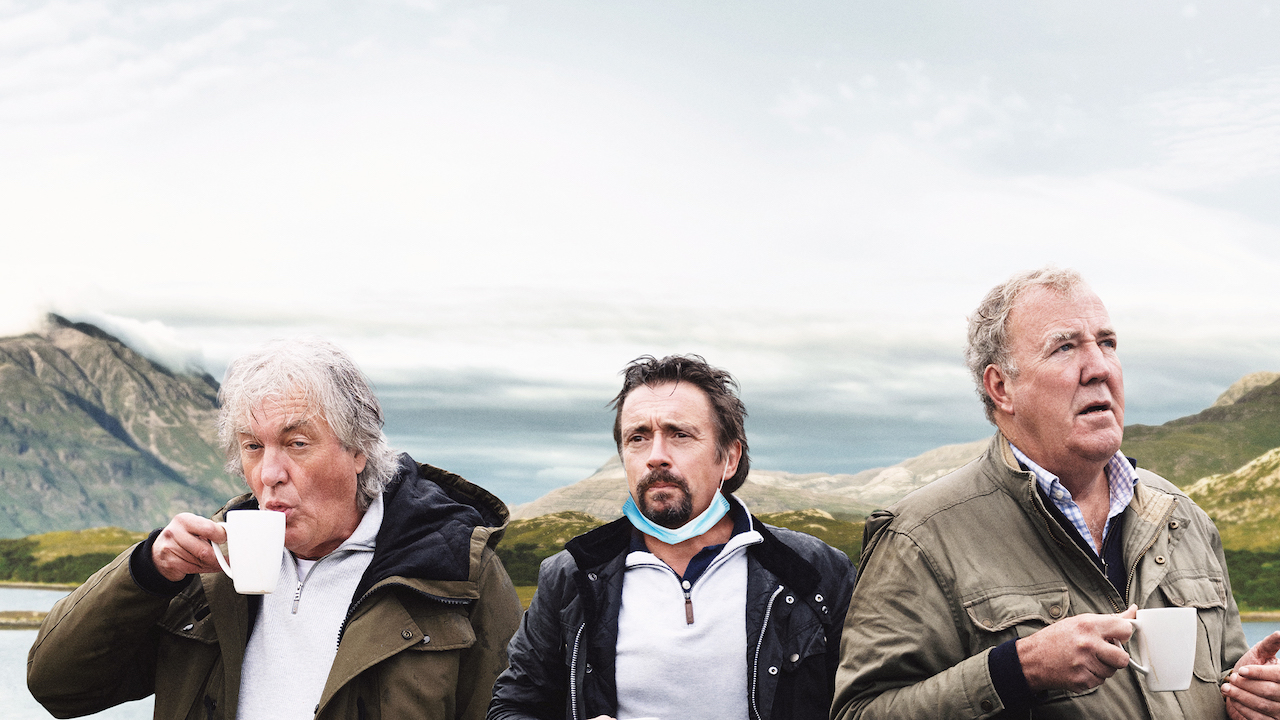 Missing the iconic trio? Don’t worry they’re back with plenty of BTS in The Grand Tour: Lochdown, which sees Hammond, May and Clarkson ditching the usual giant tent setting and giving us all the specials we need. Check it out now on Prime Video!

Snowfall is set during 1980s Los Angeles at the height of the drug epidemic and centres around a crime family who decide to make money by selling cocaine. But when a CIA operative gets involved, there’s no telling how things will pan out. 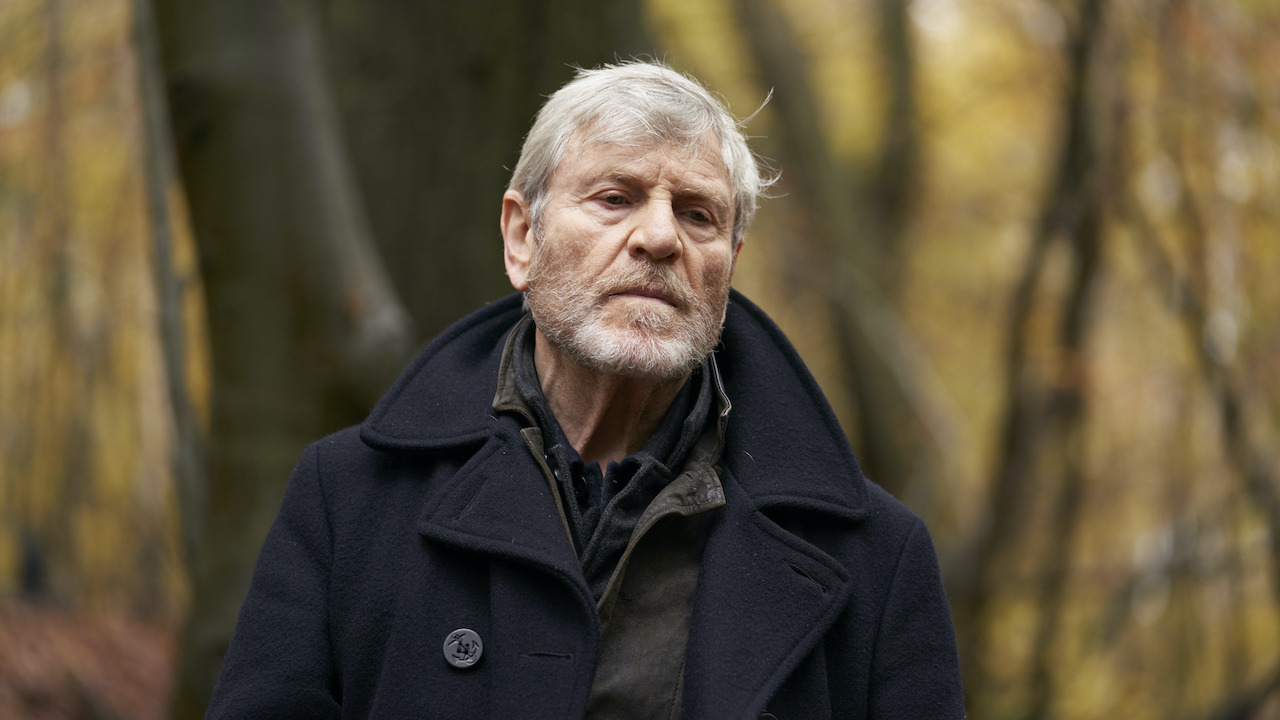 Detective Julien Baptiste travels to Amsterdam with his wife and soon finds himself helping his ex-girlfriend, the Chief of Police, on an investigation. 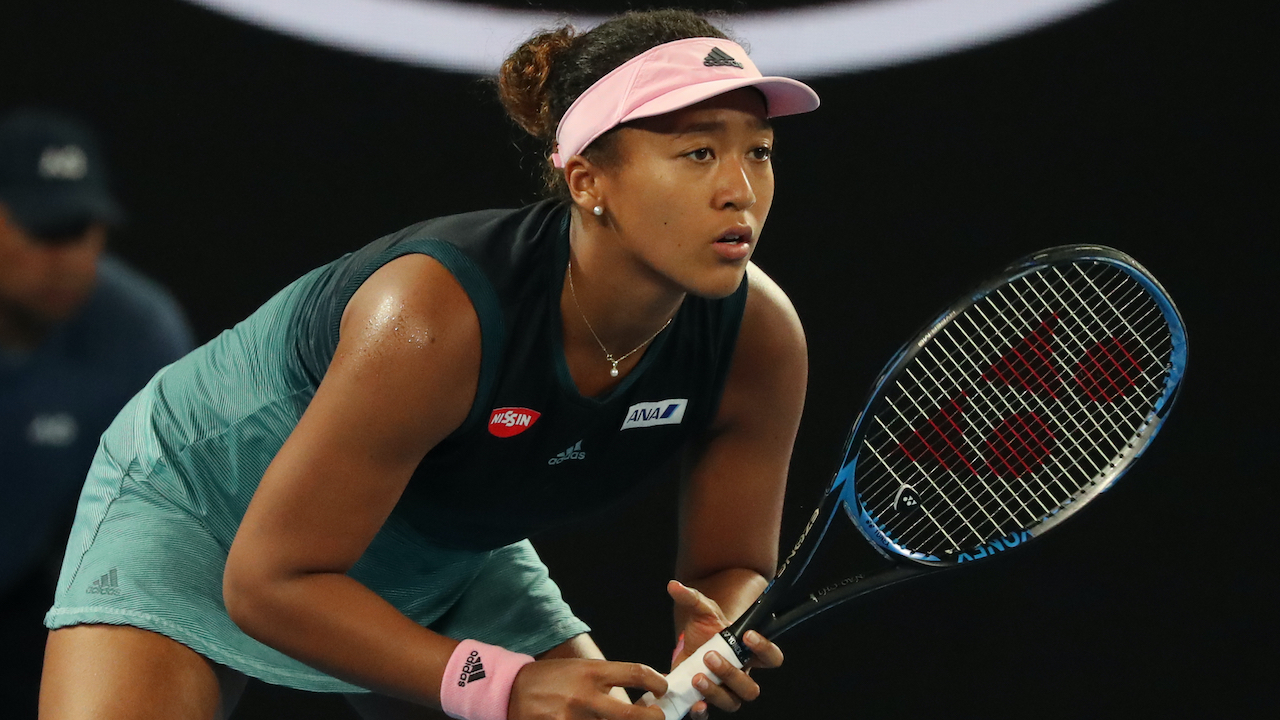 Check out the Naomi Osaka documentary currently available to watch on Netflix, which shines a light on what it feels like to be one of the best tennis players in the world. Get to know the pressure Osaka faces on a daily basis, with an intimate look inside her complex life as one of the most gifted athletes of her generation.

Alan Davies: As Yet Untitled (Season 6) 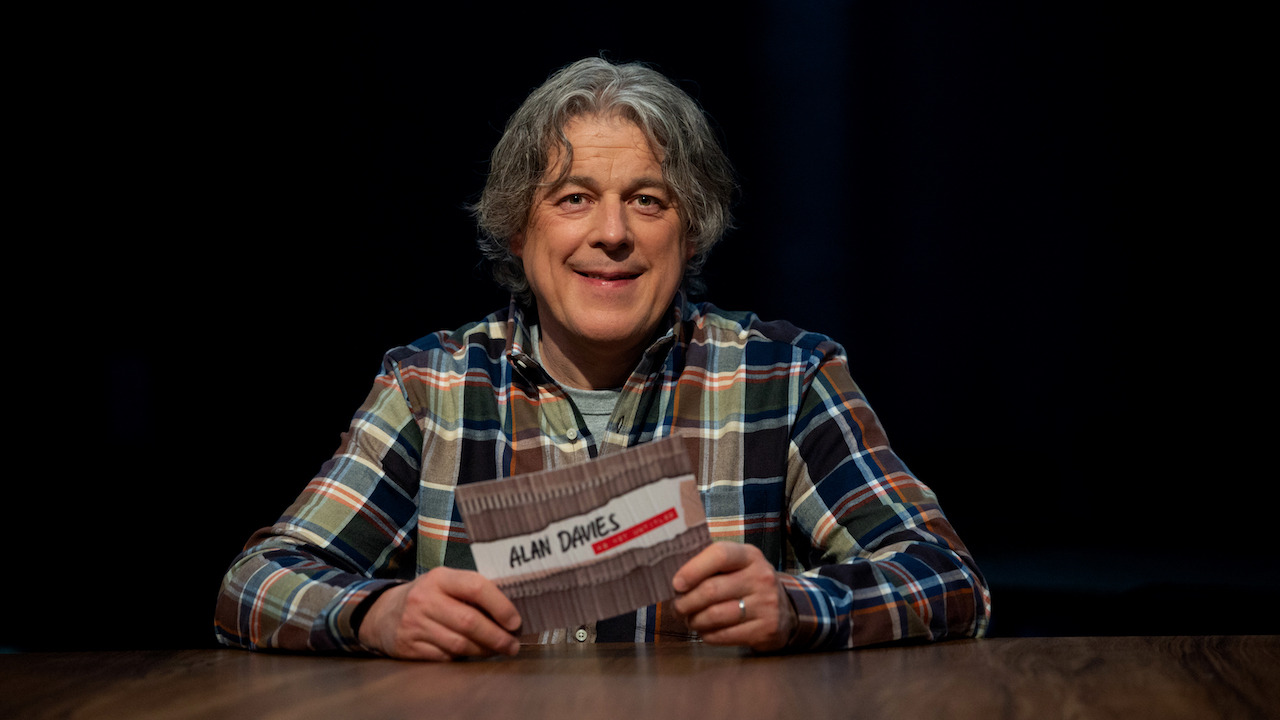 Alan Davies is back for season 6 of Alan Davies: As Yet Untitled, where he’ll be interviewing some fellow comedians in dressing rooms of comedy clubs, in other words BTS, a place where comedians are most relaxed. Check it out on Tuesday 27th July at 10pm on Dave, and after that head over to UKTV Play to stream it whenever you feel like it.

Stream now on My5 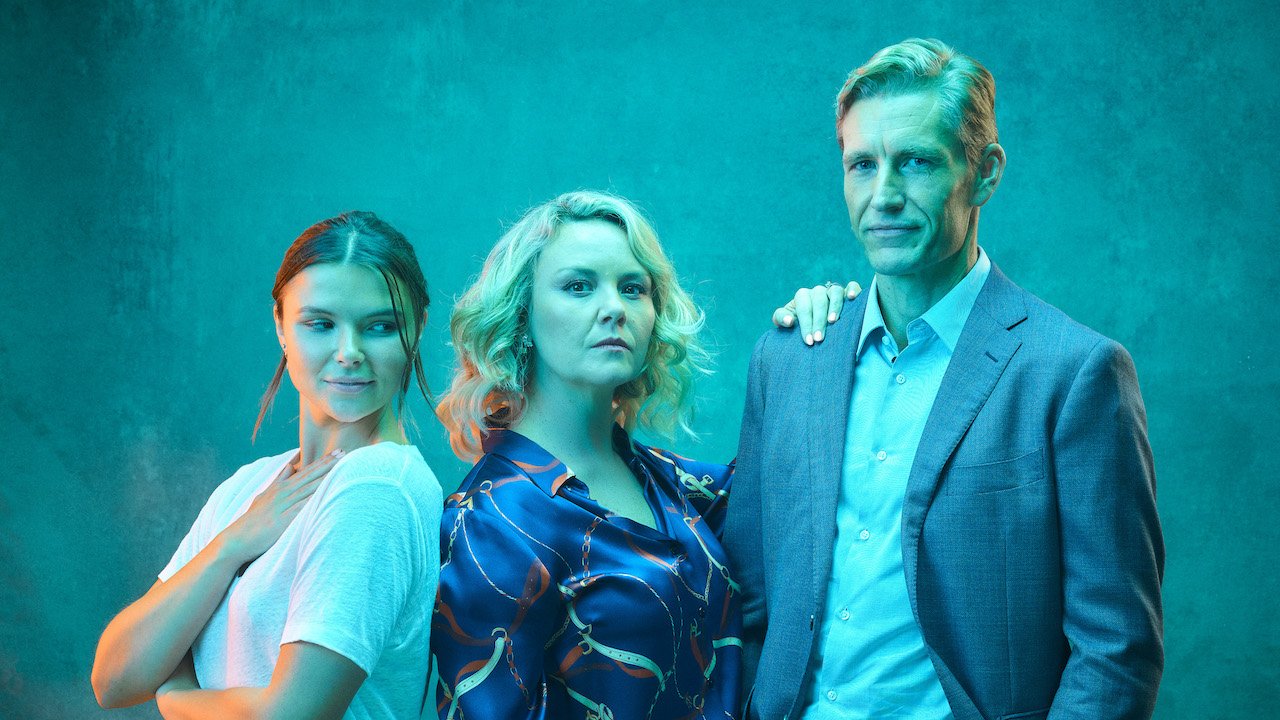 Eastenders’ Charlie Brooks makes her appearance on Channel 5’s Lie To Me this week, but if you prefer to watch it in your own time, check it out on My5! The show is about a couple who decide to leave London for a fresh start, but that choice has deadly consequences. 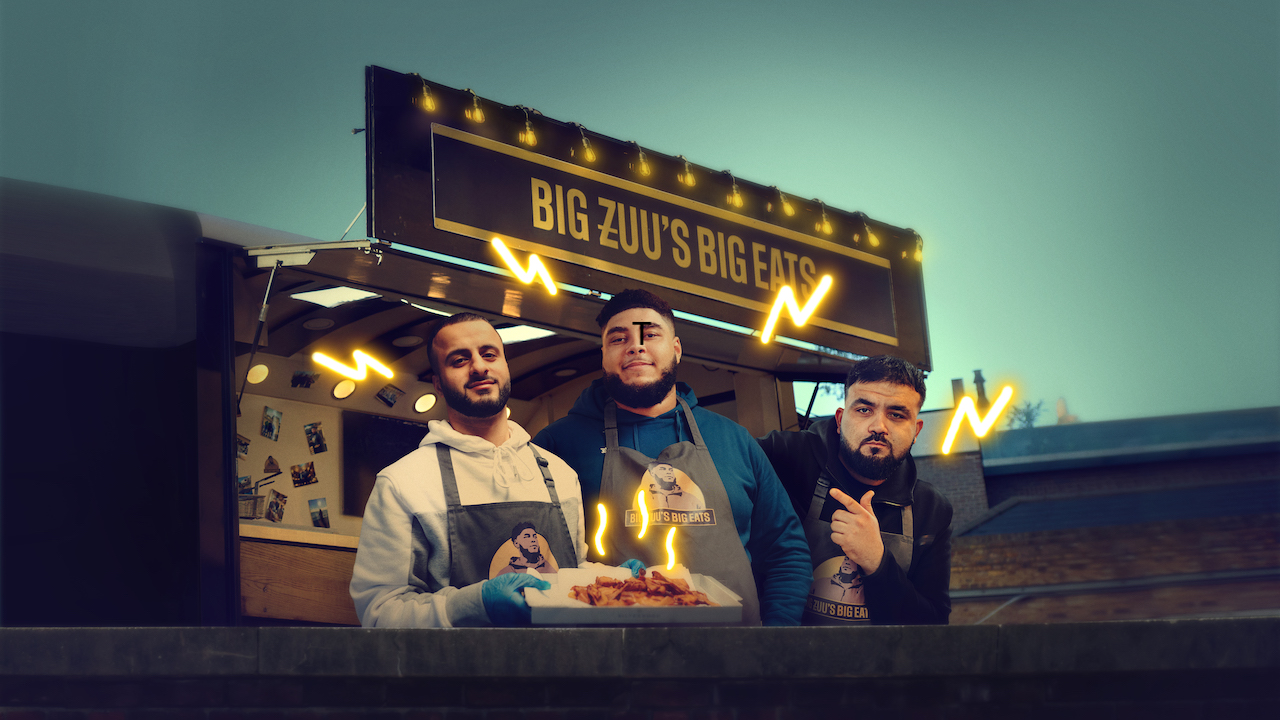 Head over to UKTV Play for Big Zuu’s Big Eats, as Mo Gilligan prepares to try out some new material at a South London venue. Meanwhile Big Zuu cooks up the ultimate post-gig meal for him.

Ever wondered why you have a complicated relationship with money? Most of us, whether it’s anxious, reckless, avoidant or obsessive, have that difficult relationship, and this Netflix series is taking us behind the scenes to tackle the reason why. Is your credit card screwing you? How on earth are we supposed to save one million pounds for a comfortable retirement? Why do we keep getting duped into bad gambles and even worse scams? Money, Explained is the must-see documentary that explores the weaknesses we all share when it comes to money, and the devious ways we’re exploited, as well as the best strategies out there to navigate it.

Sex/Life is a classic love triangle story about a woman, her husband and her past, with a fresh take on female identity and desire. Before marrying the reliable Cooper (Mike Vogel), Billie (Sarah Shahi) was a wild child living in NYC with her best friend Sasha (Margaret Odette). Exhausted with her present, she starts to fantasise her past with sexy ex boyfriend Brad (Adam Demos) in a journal, but everything unravels when Cooper discovers her true feelings.

If you haven't binge watched Prison Break yet, now's your chance! This story of two brothers who will go to the ends of the earth to save one other, no matter what the cost, brings thrilling twists in every episode that you won't be able to look away from, and more importantly you wont want to look away from. When his brother is put on death row, Michael Scofield (Wentworth Miller), a structural engineer, winds up in the exact same prison... Coincidence? 👀

This must-see feminist drama-dy on Prime Video follows a woman named Miriam “Midge” Maisel during 1950s New York who has everything she’s ever wanted – a husband she loves, two children and a beautiful apartment on the Upper West Side. But when she realises that she has a knack for stand-up comedy, her life takes a complete U-turn. 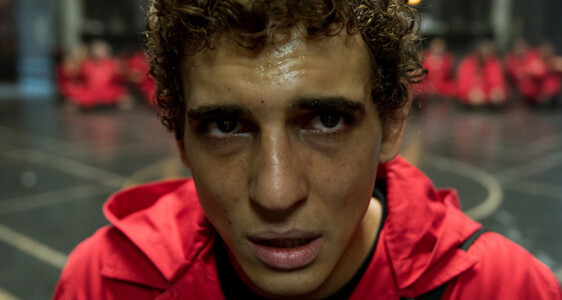 On Demand
Season 5 of Money Heist is out now on the streaming platform... 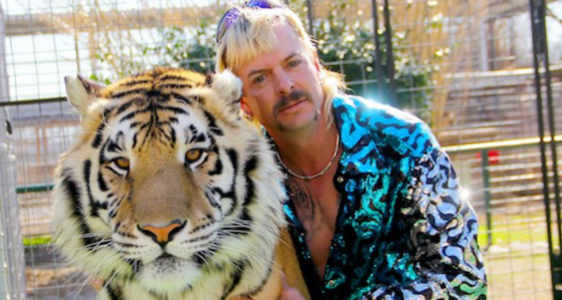 On Demand
New to Netflix? We've got just the thing you need...