Who doesn’t love a good crime drama? From brooding, troubled detectives on the hunt for the truth to chilling true crime documentaries, we’ve put together the latest crime shows you can watch for free and on demand right now.

For all of you who can't get enough of gritty crime dramas, we've got more troubled detectives, winding plots and shocking twists than you can shake a stick at. Take a look at the latest crime dramas and true crime documentaries available for you to watch for free whenever the mood strikes. 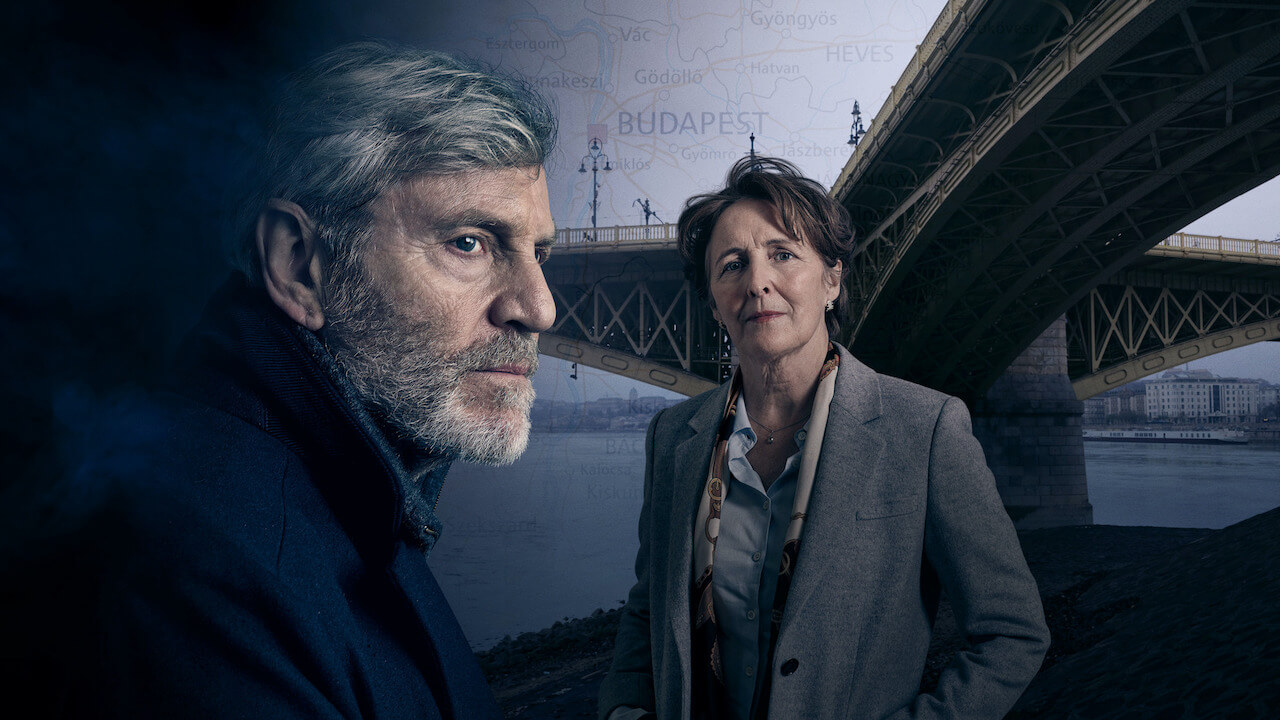 Baptiste, the hit spin-off crime drama from The Missing returns for a second season with Tchéky Karyo reprising his role as Detective Julien Baptiste. In season 2, Baptiste will throw himself into another difficult case as he tries to help British Ambassador Emma Chambers’ recover her missing husband and sons. Tune into the new series on BBC One from Sunday 18th July at 9pm, or stream on BBC iPlayer along with Baptiste season 1.

The British Ambassador will be played by the excellent Fiona Shaw, who many of us will recognise from Killing Eve, Fleabag season 2 and Harry Potter. Check out more of the great shows Fiona Shaw has featured in if you love the actress as much as us! 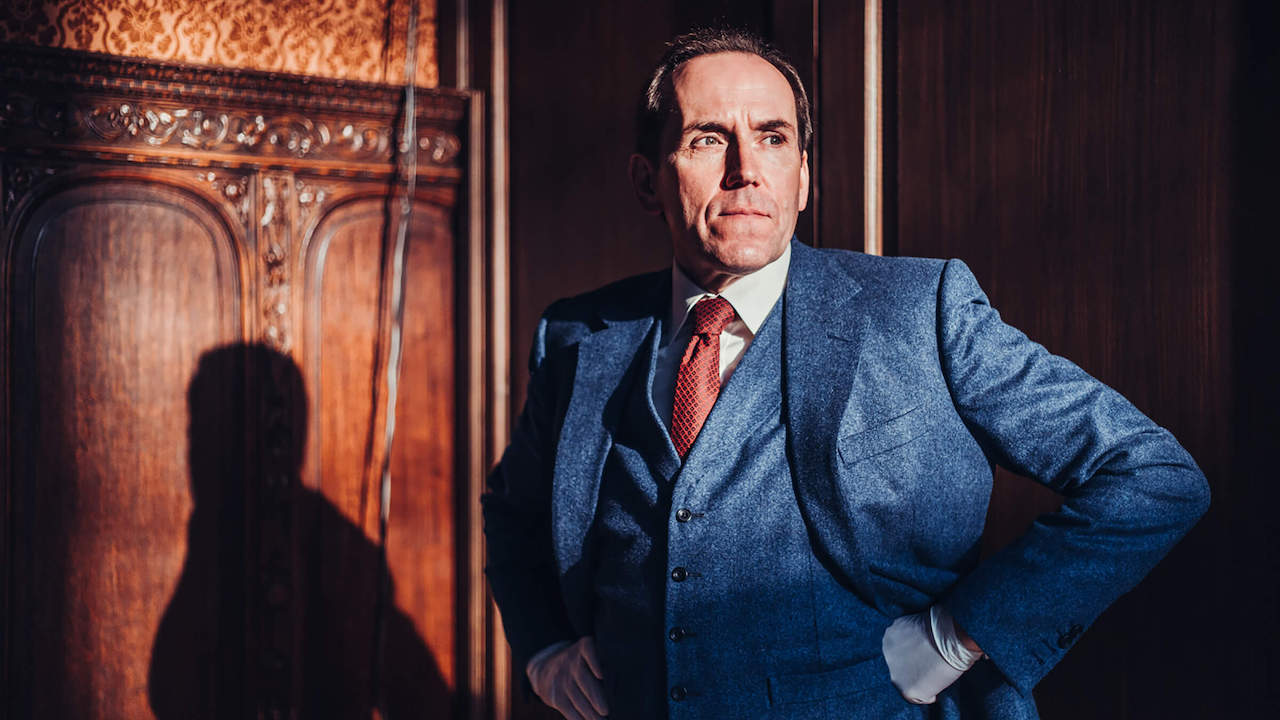 Set against the backdrop of Cambridge University, Professor T is based on the hit Belgian series of the same name following a meticulous criminology professor, Jasper Tempest (Ben Miller). His world depends on order – but when one of his former students, DI Lisa Donckers, persuades him to assist on a case, his carefully structured world begins to go off the rails. 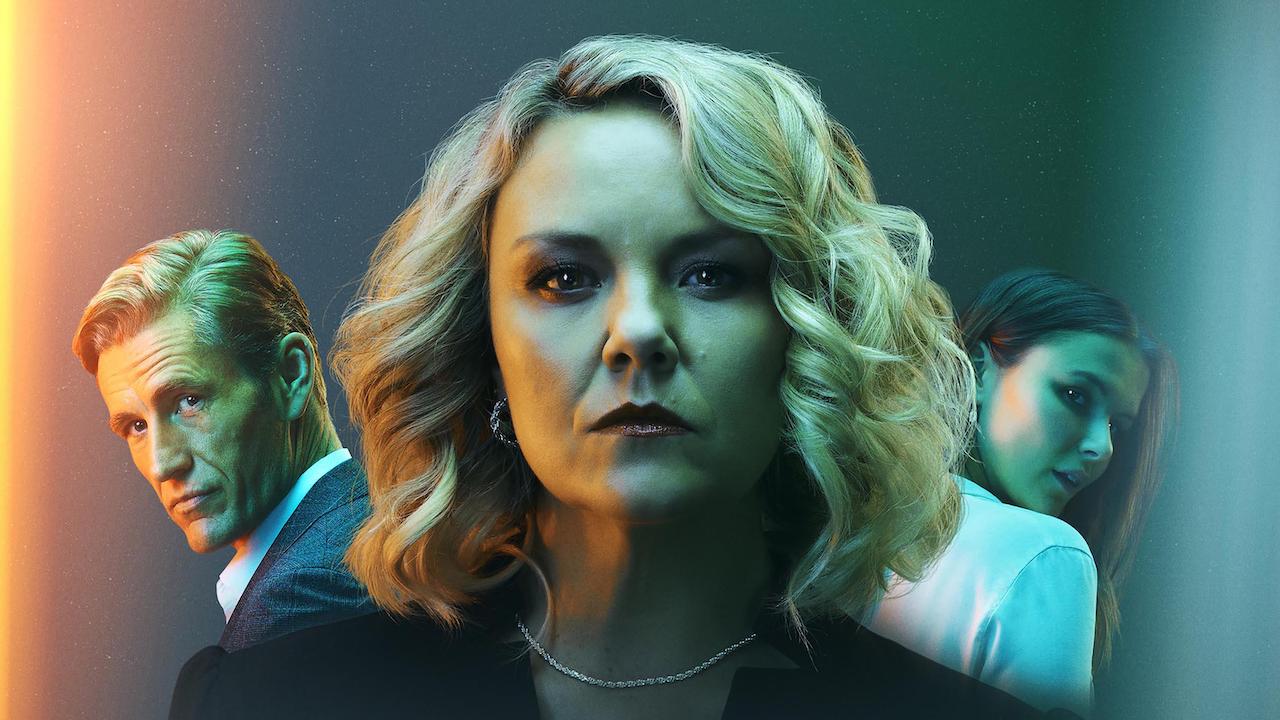 With a top cast and intriguing plot, this suburban noir is a must-watch on Channel 5. When Brit Anna and her Australian husband, Jake, move to Australia with their two children, they’re hoping for a fresh start for their marriage. However, when Anna goes back to work and hires a young, local live-in nanny called Becky to help out at home, she soon finds Becky isn’t the innocent stranger she seems. Watch now on My5. 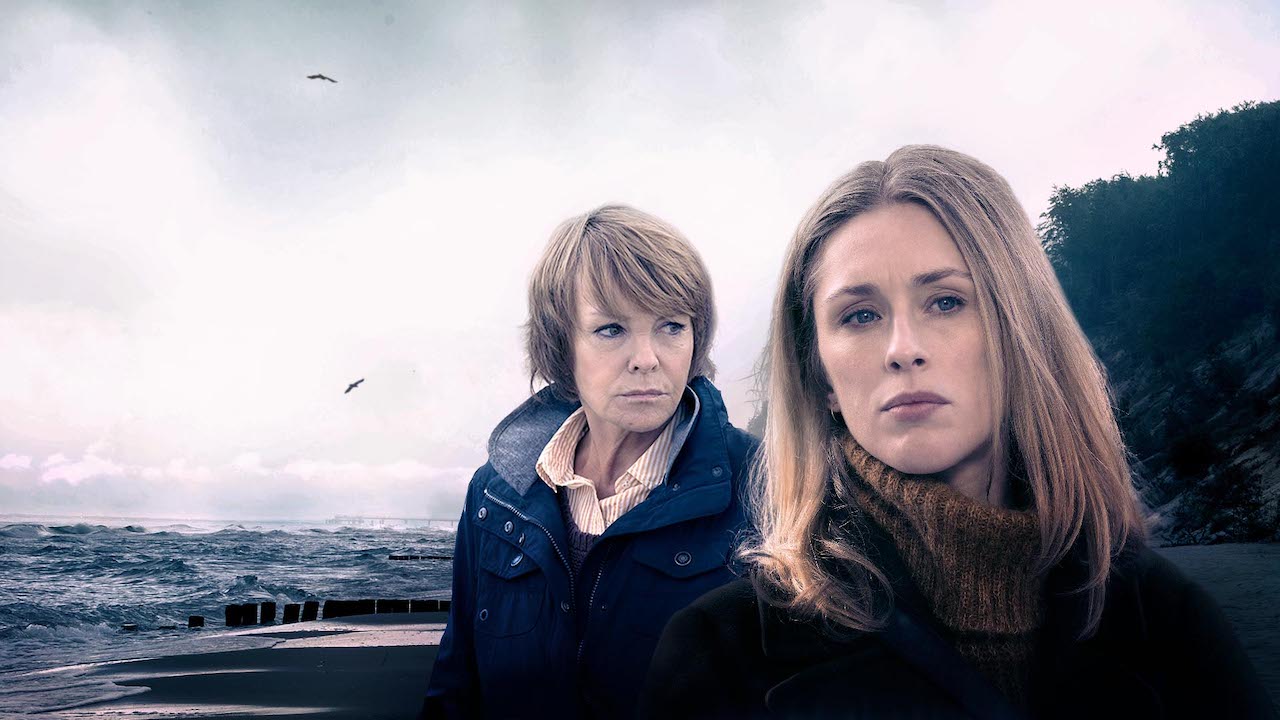 The second season of this chilling crime drama is the perfect thing to cool you off this summer and keep you on the edge of your seat. Having not heard from his wife in some time, a worried Stefan goes looking for her in the red light district where she had been investigating a case. 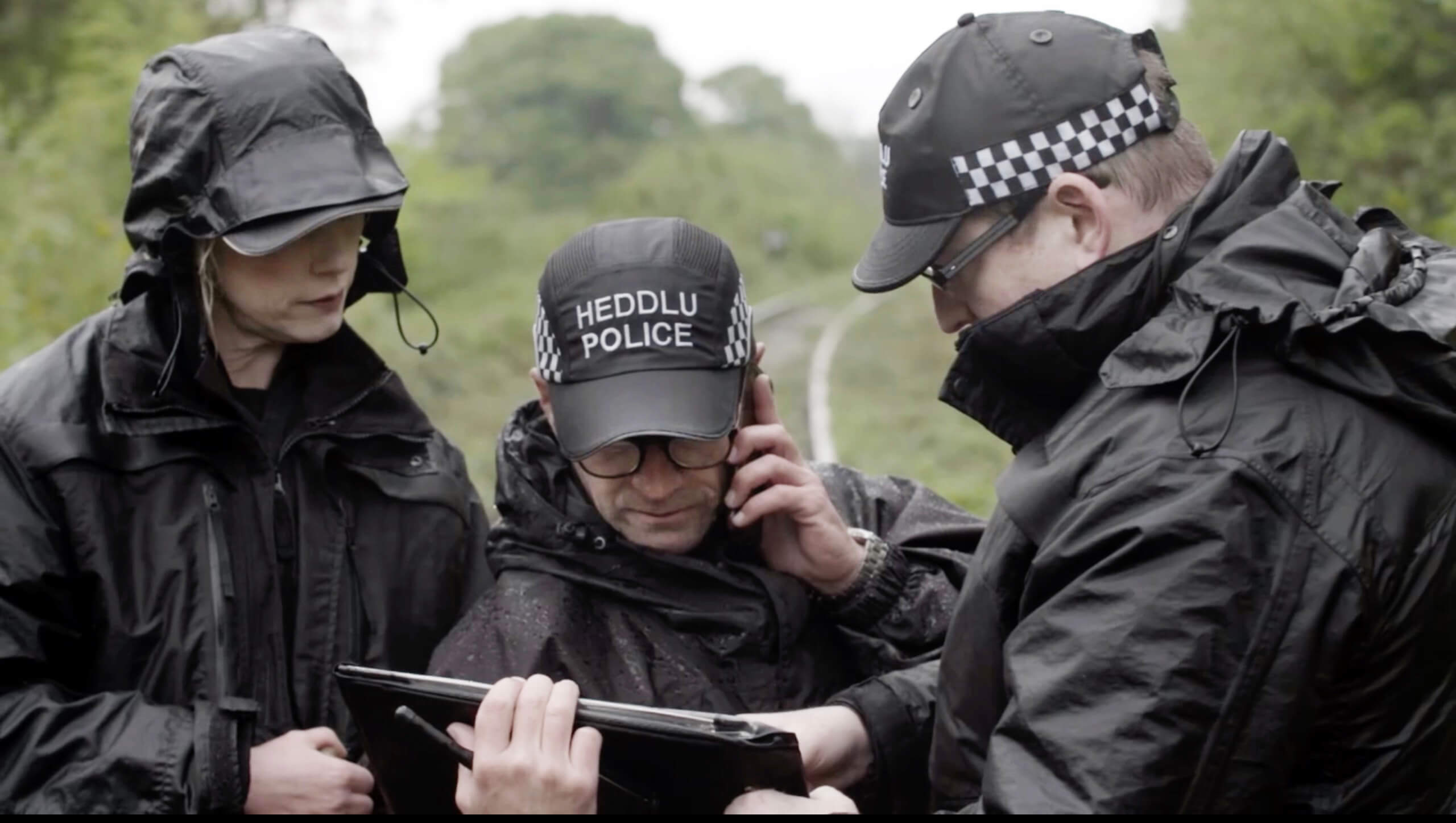 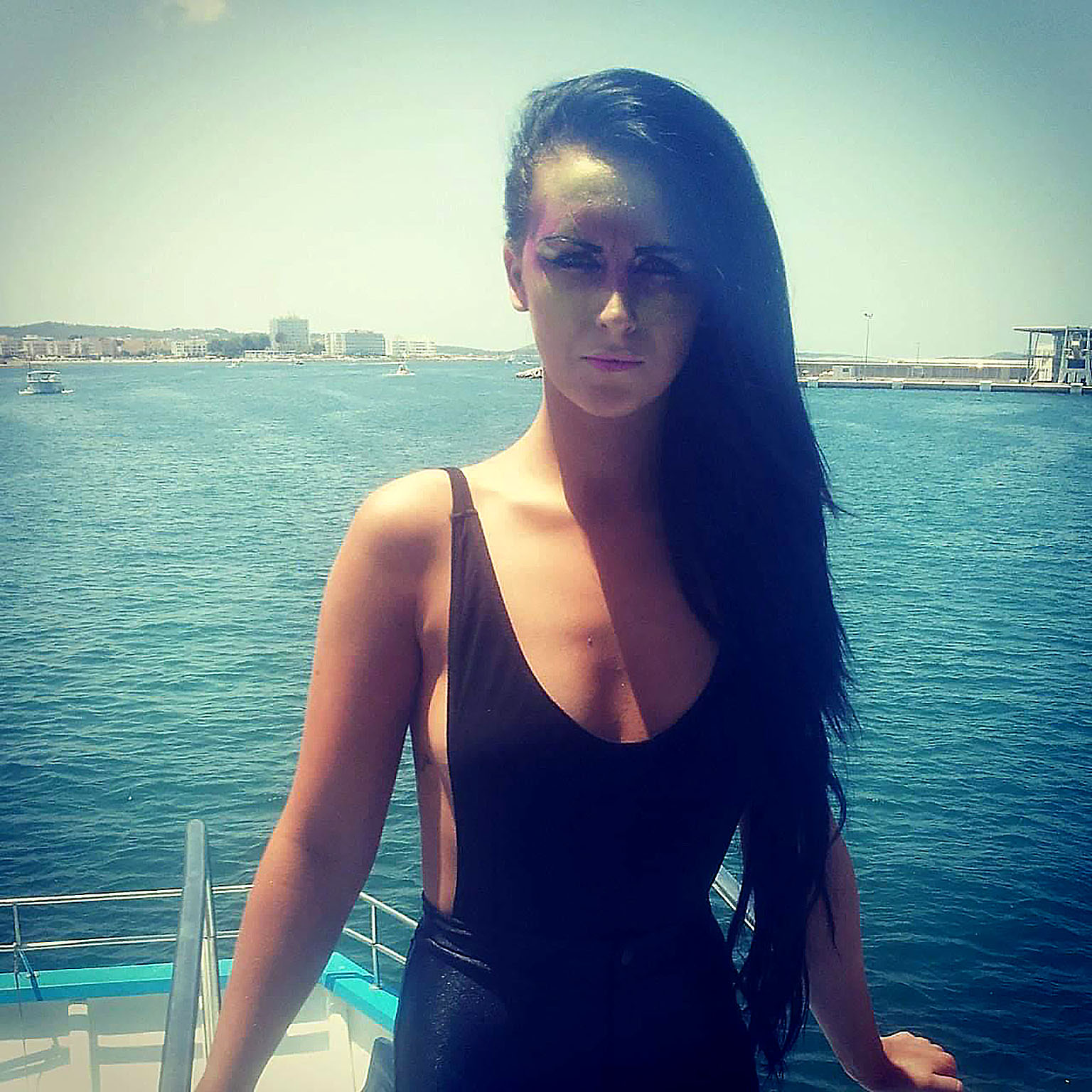 This 5-part boxset is now streaming on BBC iPlayer . The documentary follows Michaella McCollum’s true story of how, when she was just 19-years-old, went from a regular Northern Irish girl to a cartel drug mule. 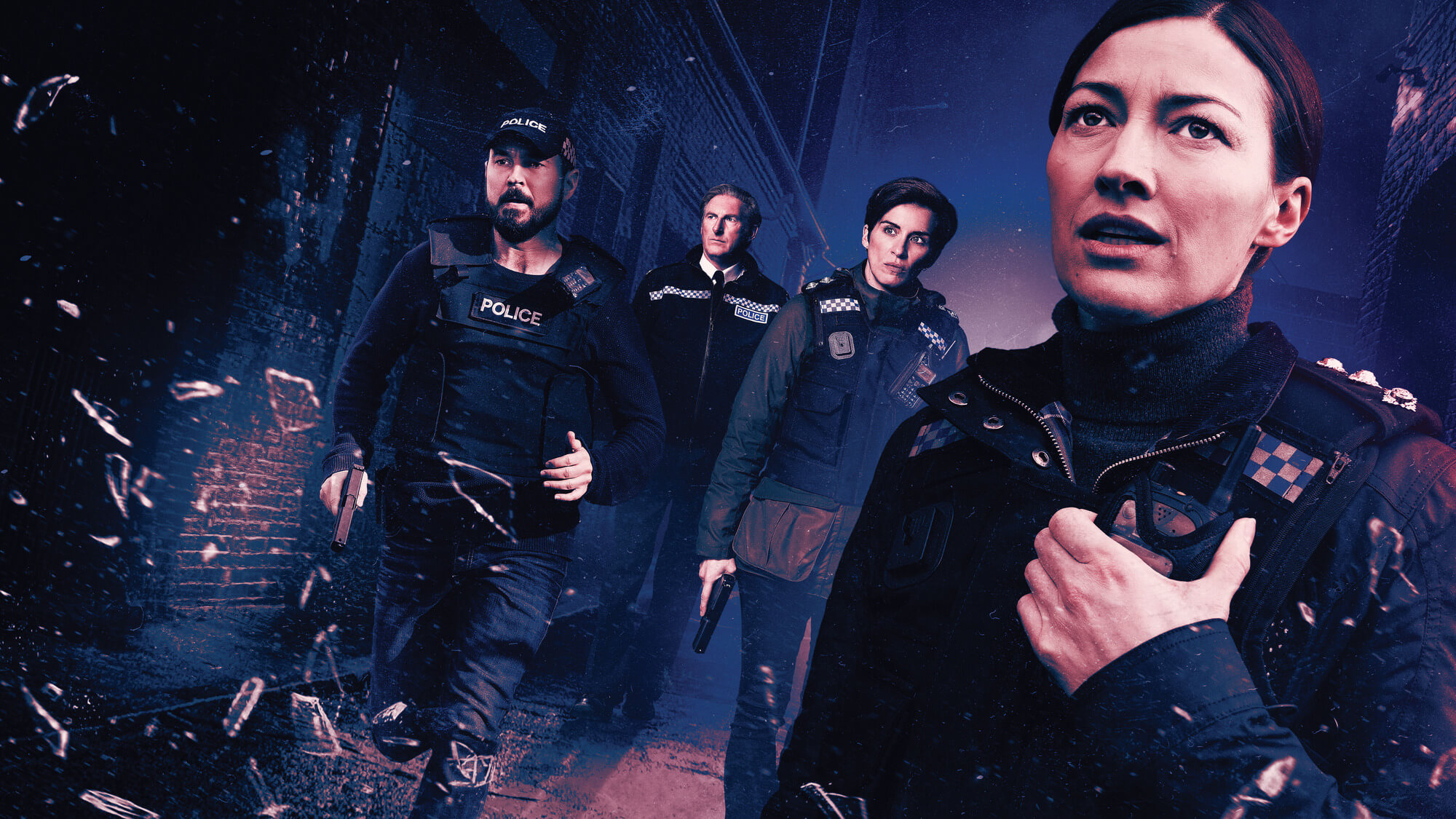 Line of Duty is one of our favourite crime dramas, and we loved watching season 6! The new season brings a new addition to the team, Kelly Macdonald (Trainspotting, Black Mirror) stepping in as DCI Joanne Davidson. You can also check out season 1-6 of Line of Duty on BBC iPlayer, and if you just can’t get enough, take a look at our picks of what to watch after Line of Duty. 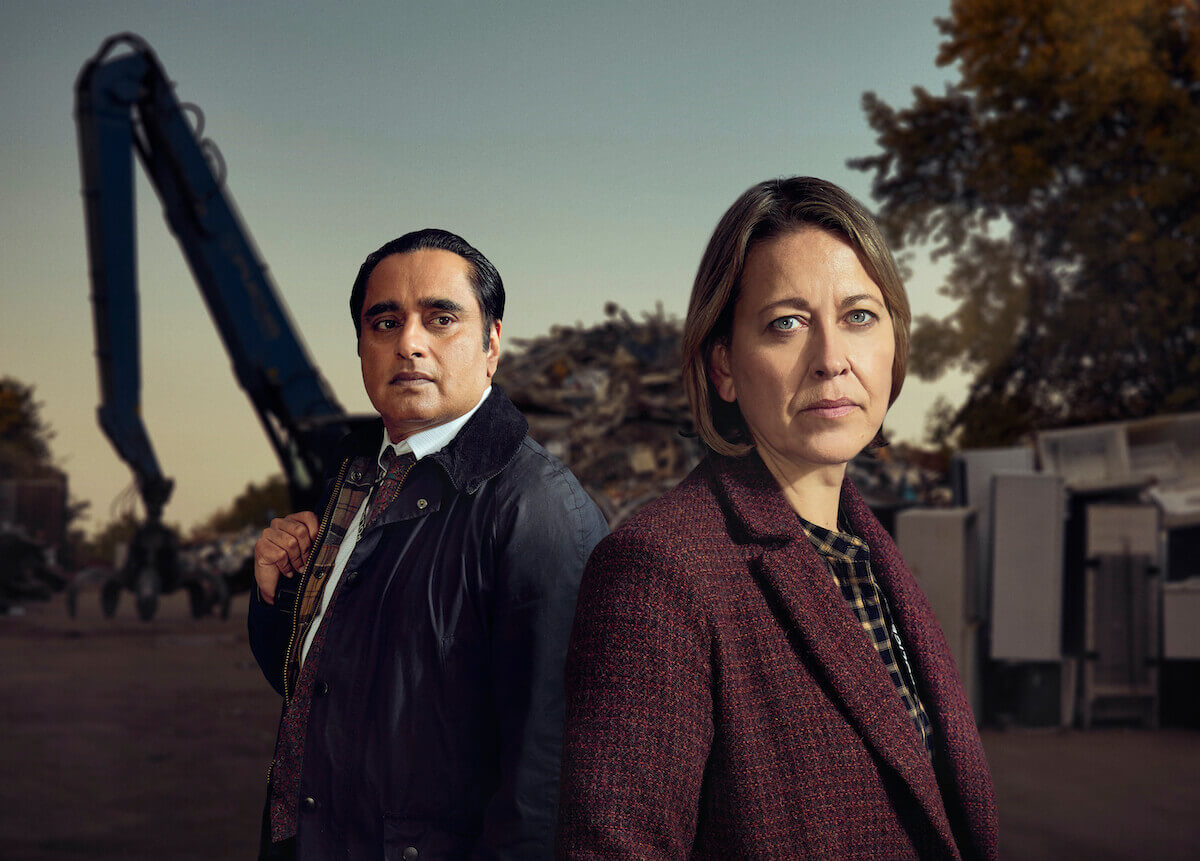 Unforgotten returns for a brand new season with detectives Cassie Stuart and ‘Sunny’ Khan. The duo continue to try and solve some of the toughest cold cases to bring long forgotten secrets to light and get justice for the families of those lost, all while Cassie struggles with her own personal demons following season three’s disturbing case. Find out more about series four along with a recap of what happened last season. 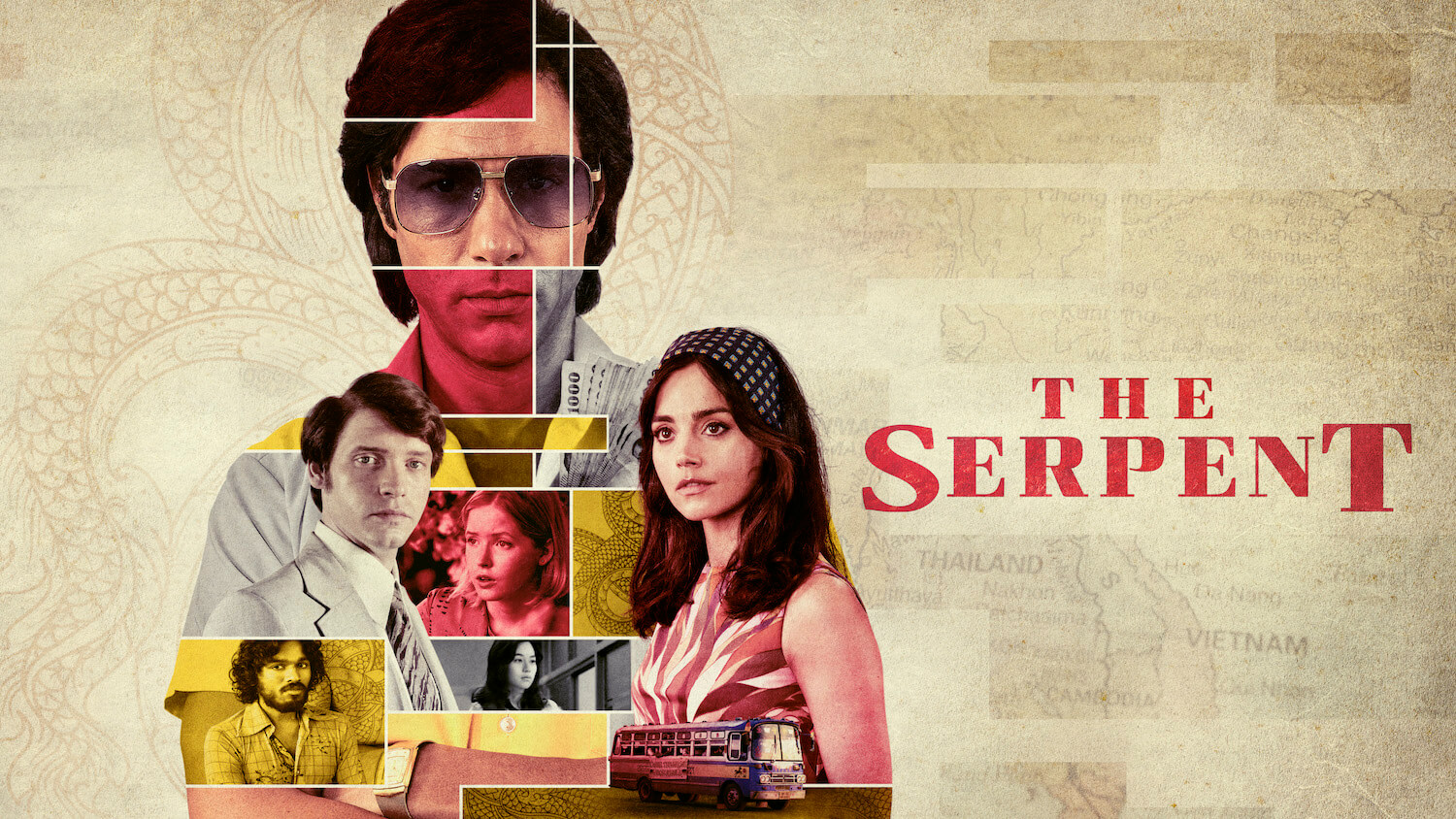 In the mid-1970s, a string of travellers went missing along the ‘Hippie Trail’ through India, Thailand and Nepal. This new eight-part drama, inspired by true events, follows how the man to blame for these missing person cases, Charles Sobhraj (Tahar Rahim) became Interpol’s most wanted man as he consistently managed to evade the authorities. Watch the full series of The Serpent now on BBC iPlayer. If you're as hooked as we are to The Serpent, head to BBC Sounds to listen to Bad People's episode on the case, and find out what other top true crime podcasts there are on BBC Sounds now.

Murder By The Sea 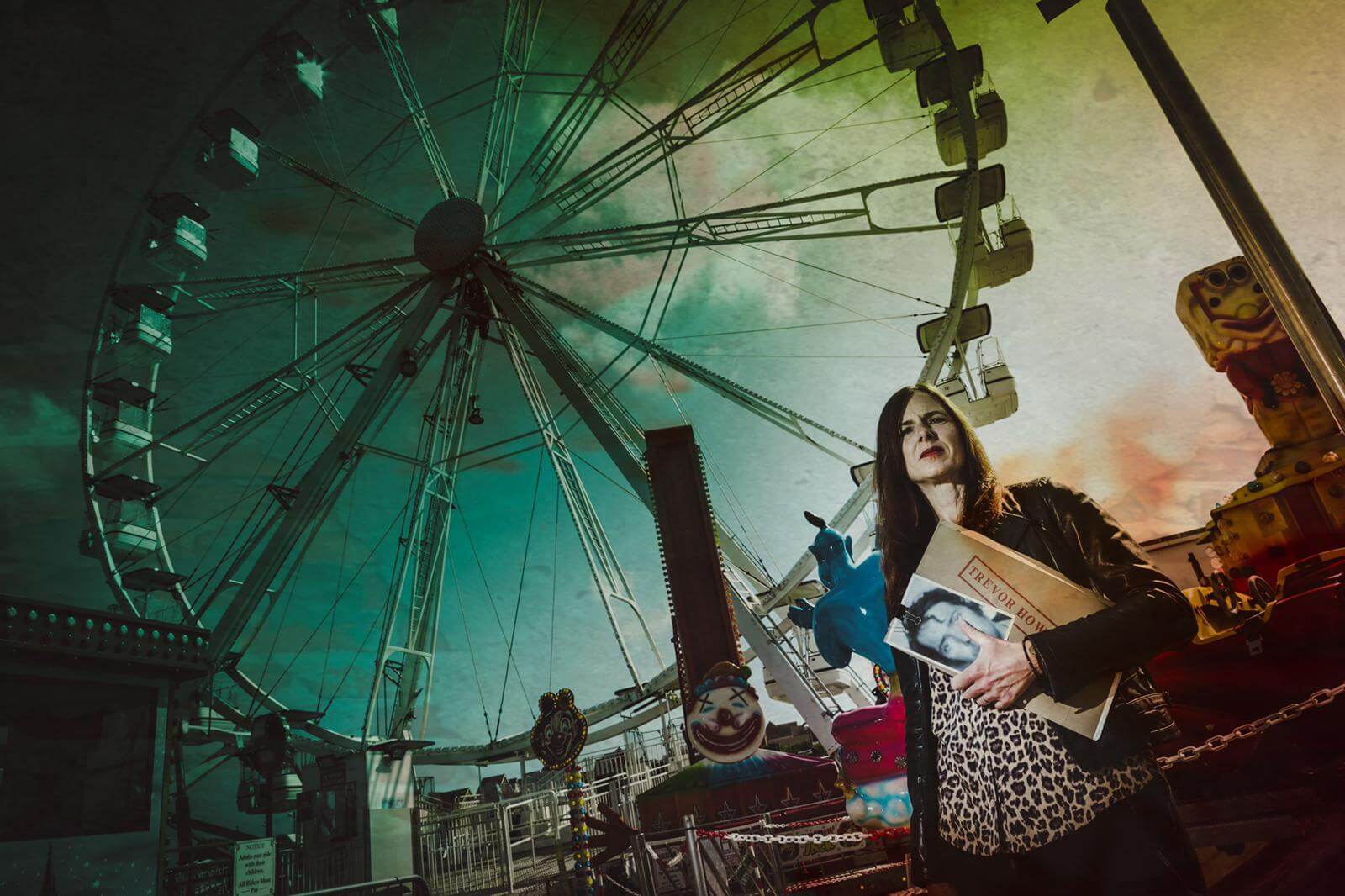 We think of the seaside as a picturesque holiday getaway, but the reality is much darker. Explore some of the most unbelievable and shocking murders in Murder By The Sea on CBS Reality, every weeknight at 9pm. Find out more about the show from the new host and criminologist, Dr. Nell Darby. 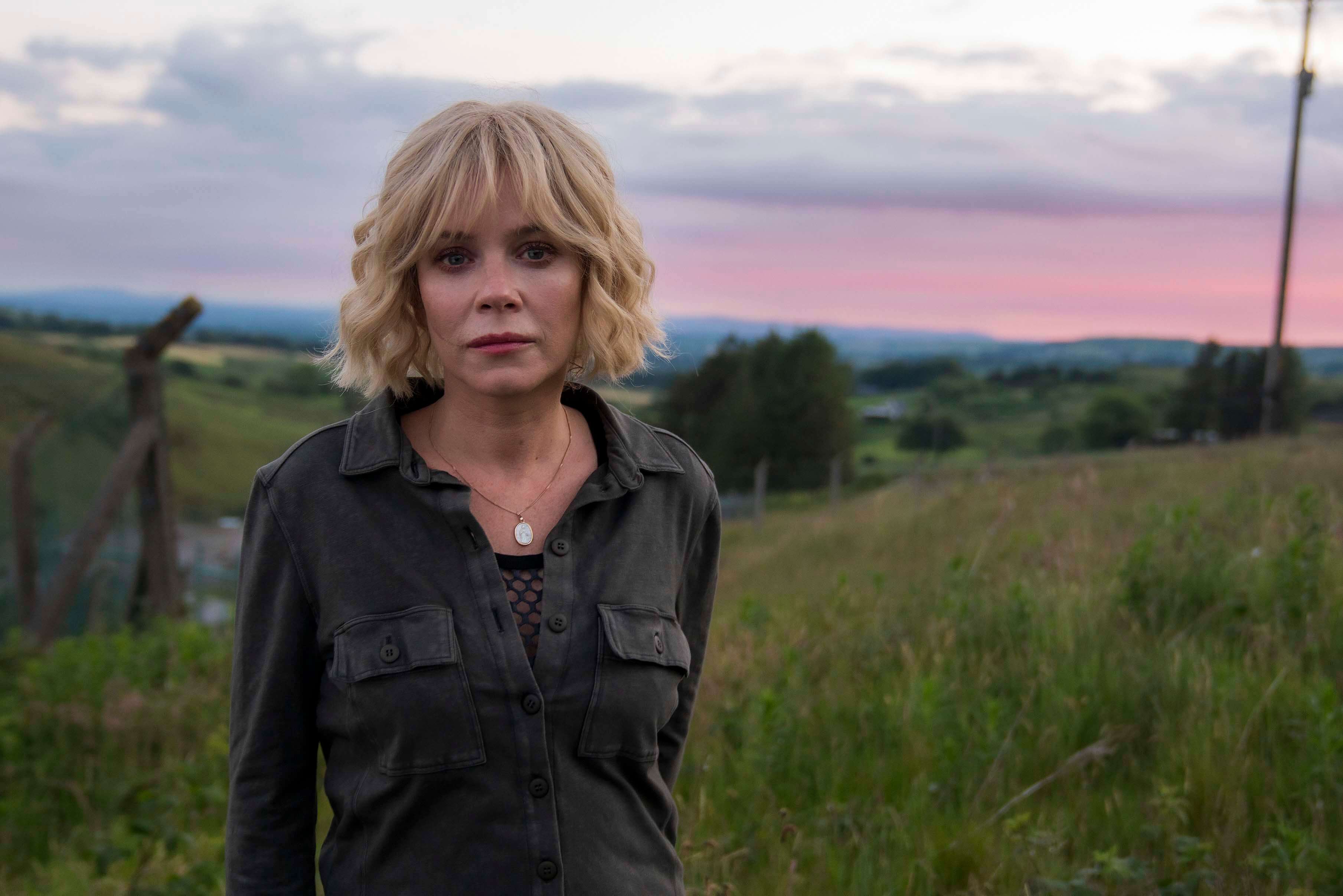 As well as The Bay, Marcella is also returning to ITV for season 3 this January. In the new season we’ll follow Detective Sergeant Marcella Backland as she goes undercover to infiltrate an infamous crime family in Belfast, putting herself in constant danger of her real-life catching up to her and blowing her cover. Watch the latest season of Marcella on ITV Hub.

If you hadn't heard the news yet, Prime Video is now available to watch on Freesat! Simply head to the On Demand section on your 4K boxz and login to your Amazon account to start streaming some time crime dramas, along with plenty of other exciting Prime Video releases. If you're not a Prime member yet, open the app and follow the instructions to sign up and get a 30-day free trial.

If you're looking for a great crime drama to try out on Prime Video, why not give Goliath a go? Goliath may be one of our favourite Amazon originals. It stars Billy Bob Thornton as Billy McBride, a once high-powered lawyer who now finds himself burned out and spending most of his time in bars. But when he agrees to pursue a wrongful death lawsuit against the huge and influential law firm he helped create, he uncovers a conspiracy which sets him at odds with the Goliath of a company. With three fantastic seasons of Goliath available on Amazon Prime Video, it’s the perfect crime drama to binge.

A modern retelling inspired by the adventures of the gentleman thief Arsène Lupin, Lupin is the new crime drama trending on Netflix right now. The master of disguise plans an elaborate jewel heist to get back at a wealthy family who betrayed his father. Watch Lupin now on Netflix. 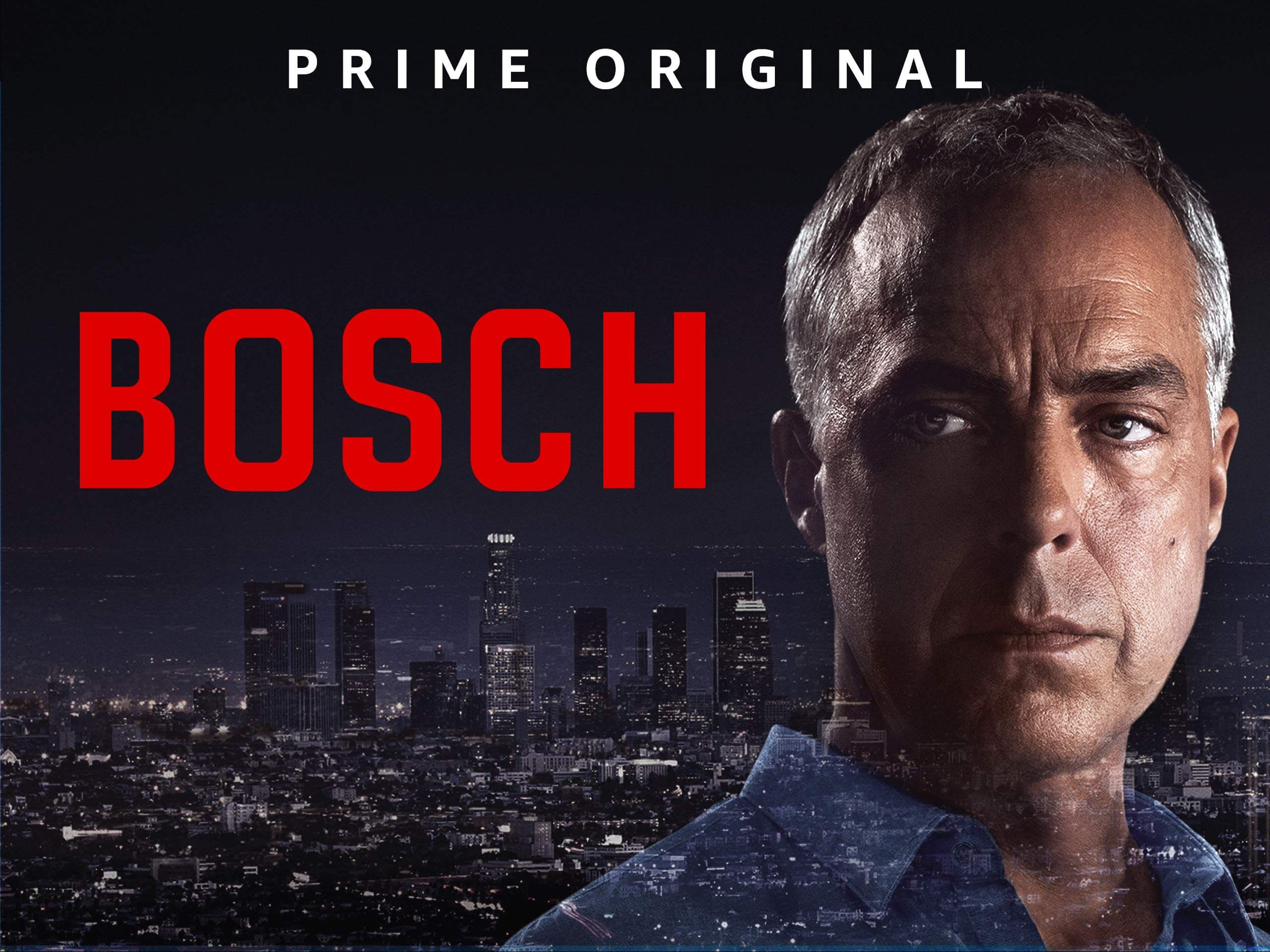 Titus Welliver stars as homicide detective Harry Bosch in this LA-based police procedural show. Based on Michael Connelly’s best-selling novels, the show begins with Bosch standing trial for the fatal shooting of a serial murder suspect. Soon, Bosch is dragged into a cold case which opens old wounds and forces him to confront his demons as he works alongside new recruit Julia Brasher get justice, no matter what the cost to himself. And that’s just season 1 - there’s 6 whole seasons of Bosch for you to dive into on Prime Video, so enjoy! 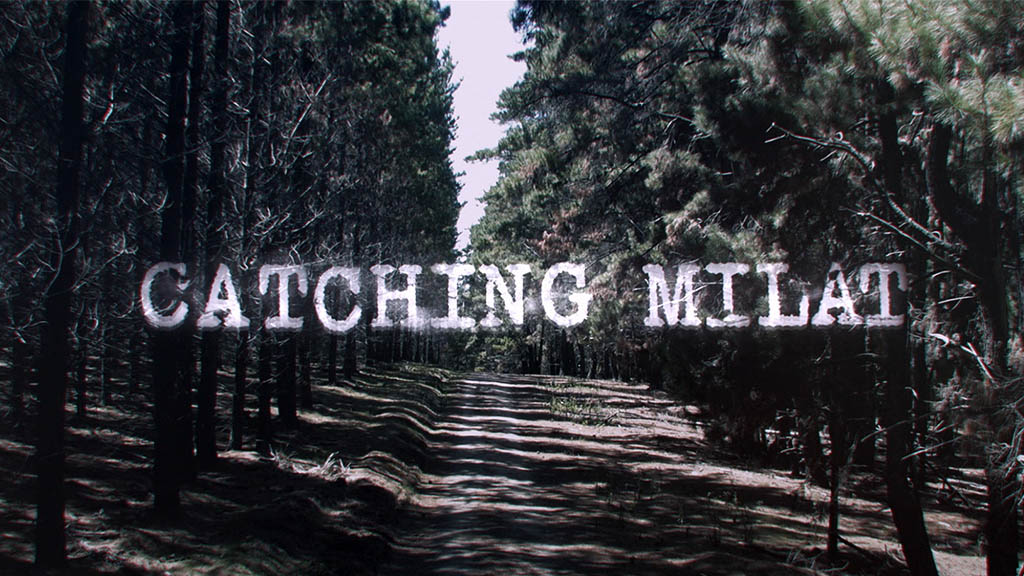 Catching Milat tells the chilling story of the notorious Australian serial killer and how he was eventually tracked down by law enforcement – but not until after seven bodies of backpackers had been found in 1992 and 1993. Watch all four episodes on the STV Player, and find out what other crime dramas and entertainment is available on STV.

This tense crime drama is confined to the walls of an interrogation room as a team of London investigators work against the clock to get a confession. Each episode focuses on a separate case with suspects accused of terrible crimes. Starring the likes of David Tennant, Kate Harrington and Kunal Nayyar, this claustrophobic crime drama will have you glued to your seat, and with season 2 having recently released there are even more gripping episodes to binge.

The Sons of Sam: A Descent into Darkness

The thrilling documentary series from Netflix explores the chilling hunt for the ‘Sons of Sam’ in the late 70s, which began as what they thought was a one-man act and soon turned into a potential cult with links to the Manson murders. David Berkowitz was suspected to have not acted alone, and journalist Maury Terry spent the next decades of his life attempting to prove that there was more to this case than meets the eye, including satanic rituals and markings in this descent into darkness that would cost Terry everything.

Night Stalker: The Hunt for a Serial Killer

The most recent crime documentary on Netflix everyone’s talking about is Night Stalker, a four-part mini-series which looks at the crime of Richard Ramirez who terrified Los Angeles and San Francisco in the 1980s. Narrated by the detectives who were on the case and eventually found Ramirez, relatives of some of his victims, journalists and even some of his survivors, the shocking documentary is shocking and incredibly detailed, including crime scene photos and vivid accounts of the brutal crimes Ramirez committed. Definitely not for the faint-hearted... Watch Night Stalker now on Netflix.

Abducted in Plain Sight is one of the most bizarre true crime documentaries out there, and a rare one in that the main victim, Jan Broberg, not only survived her ordeal but is one of the main contributors to the documentary, along with the rest of the family.

The documentary follows the Broberg family, who all became completely taken in by their family friend, Robert Berchtold, who kidnapped their then 12-year-old daughter Jan, but was still welcomed into the family when he returned her. A strange tale of manipulation, this documentary is shown from different angles and perspectives from within the Broberg family, who all, in different ways, fell under Berchtold’s spell.

When novelist Michael Peterson’s wife died in 2001, he claimed she simply fell down the stairs, but the police and court disagreed and said there were signs of foul play. Peterson chose to film his experience from the start, making for a documentary spanning over years in which you’ll see everyone question Peterson’s story, including his own children. This crime documentary is sure to keep you guessing all the way through. Watch The Staircase on Netflix.

In 2003, a pizza delivery man attempted to rob a bank with a bomb strapped around his neck. This alone makes for a strong premise from a crime documentary, but in Evil Genius, you’ll find that this attempted robbery, which lead to the man’s death, was just the first piece of a bizarre and intricate puzzle. Who strapped the bomb around his neck, and did they ever intend for him to survive? Find out in Evil Genius on Netflix.

Making a Murderer was one of the first Netflix crime documentaries to blow up, telling the story of Steven Avery, who was imprisoned for 18 years for a crime he didn’t commit, only to be imprisoned again just two years later when he became the prime suspect in a murder case. But did Steven Avery commit the crime, or is he being set up? With two gripping seasons, Making a Murderer has true crime fans captivated – and the story isn’t over yet... Watch Making a Murderer now on Netflix.

We update this list all the time to bring you the latest crime dramas and documentary releases, so bookmark this page and keep checking back to see what fresh telly is available now. Plus, for all the latest scoops and articles on the best free TV, sign up to our newsletter to get updates on what you should watch next, or check out our TV Guide for what's on now. 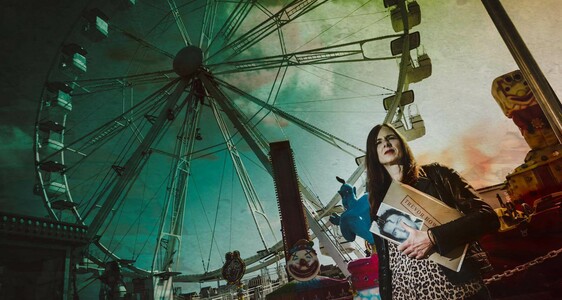 Interview with Dr Nell Darby, presenter of Murder by the Sea

Documentaries
Find out more about what to expect from Murder by the Sea S6 in this exclusive interview. 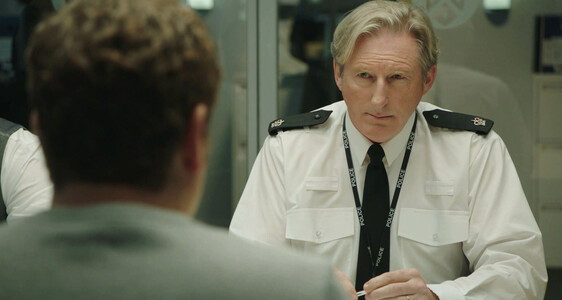 Drama
Our telly expert's recommendations of what to watch after Line of Duty. 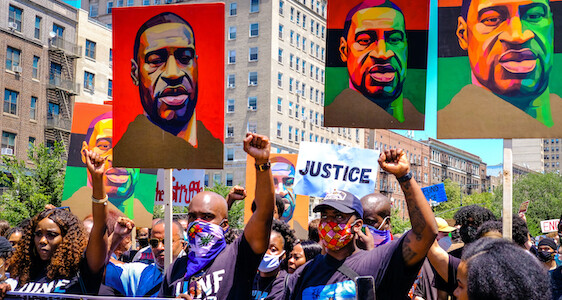