You've unlocked the head key! Jump into the skin of all your favourite characters from Locke & Key.

Get out of Dodge is literally the phrase this character lives by. After being stuck in a well for years, the demon Dodge escapes when Bode Locke gives her the Anywhere Key (check out our key guide here). With it, she gets up to plenty of mischief with the Locke siblings, but her ultimate goal is to find the Omega Key. We're not entirely sure what she want's this for yet, and we're hoping a second season will give us the answer.

One of Rendell Locke's old high school friends, Ellie Whedon is the neighbour of the Locke's, and is painted as a suspect until later in the series. When questioned by Nina Locke about her scar, Ellie lies to her and tells her it happened in a biking accident, even though Nina's late husband had the exact same scar in the exact same place. This leads Nina to grow suspicious of her Ellie. 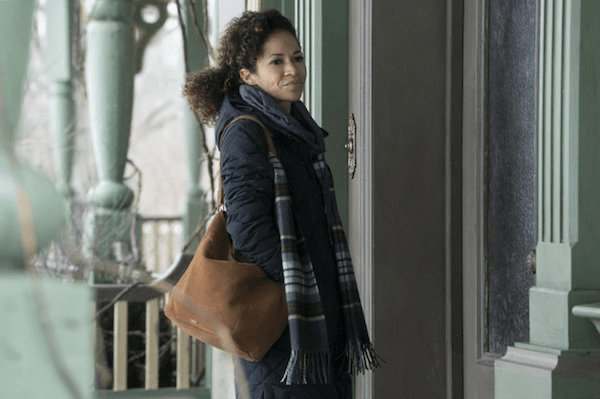 Mother of Bode, Kinsey and Tyler, Nina moves her family over from the other side of the country for a fresh start. She later wonders if she has made a mistake in doing so when strange things begin to happen at Keyhouse, and she turns to drink. Having been clean for 6 years, the lapse takes a toll on her family and she realises that they are far more important. Nina pulls through and fights her inner demons, only to be faced with real life ones after. 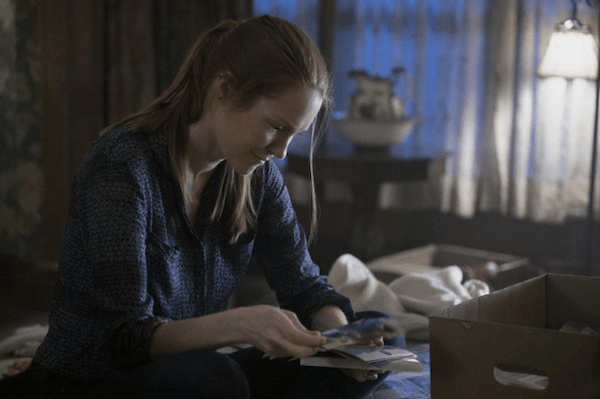 Brother of Rendall Locke and uncle to the Locke kids, Duncan is a seemingly normal guy, considering he grew up in Keyhouse. But later in the series we discover that the reason for this is that his brother used the Head Key to travel into Duncan's head and steal his childhood memories.

Scot with one T

Scot with one T, as many refer to him as, is an English boy working in an ice cream parlour. Fascinated with horror movies and Keyhouse, Scot is part of the Savini Squad alongside his friends Zadie and Doug. Named after horror movie director Tom Savini, the writer of the show Joe Hill just so happens to be the son of Stephen King, the ultimate Savini Squad fan!

Mean girl Eden Hawkins tortures Kinsey Locke when she first comes to school, but soon gets her comeuppance (and some) when Kinsey and Gabe use the Magic Box Key to embarrass her virally. Seemingly irrelevant throughout the series, Eden becomes a vital character in the final episodes when she is zapped by one of the yellow lights in the caves, clearly possessed by a demon like Dodge in the one of the final scenes. 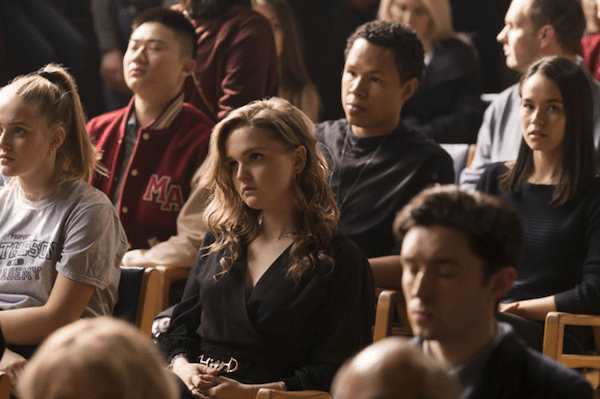 Gabe joins the Savini Squad around the same time as Kinsey, and he is accepted into the group when he offers to play the monster in their home movie. When Kinsey first meets him, he is covered up in the costume, but as the show progresses they begin to develop feelings for each other. After helping Kinsey and her siblings throw "Dodge" (A.K.A Ellie) through the portal using the Omega Key, the show reveals to the audience that he is actually Dodge, too! 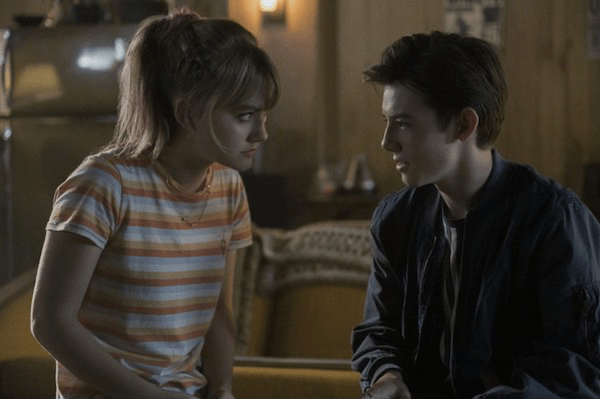 Lesser murders Rendell Locke in his home in Seattle before the show kicks off in Matheson properly, and after being painted as the shows' villain for a number of episodes, it is revealed that Sam's history is not as one sided as we originally thought. With a terrible upbringing and even worse judgement, Sam trusts in the one person he shouldn't - Dodge. She manipulates Sam into performing her dirty deeds, and his actions eventually lead to one of the worst fates in the series. 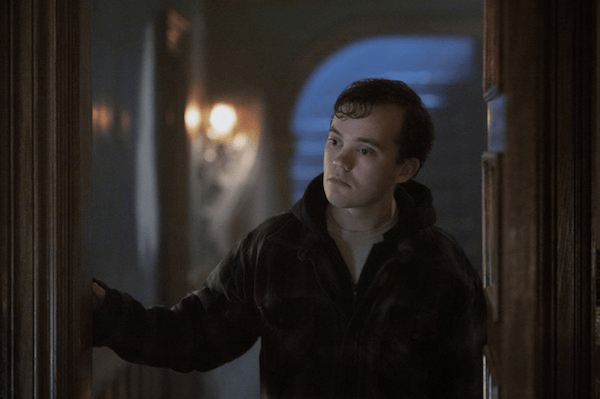 School teacher Joe Ridgeway is a kind hearted man that develops a friendly relationship with Nina when she struggles to get to grips with the move and tragic death of her husband. He guides Tyler Locke in the right direction at school, and was a friend of Ellie Whedon for years. Midway through the season Joe discovers something strangely unusual and is later horrifically murdered. Ellie becomes the number one suspect for Nina, but everything is not what it seems. 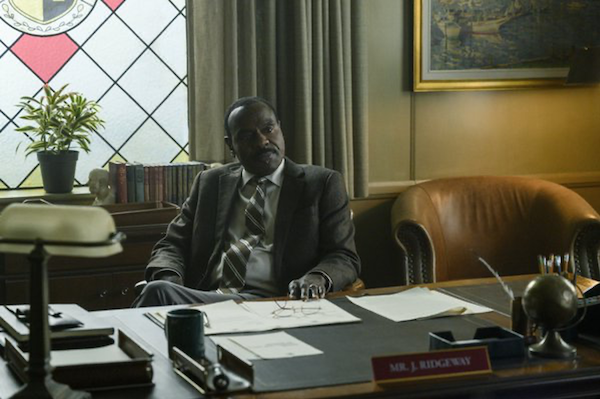 AKA Dodge, AKA Gabe, AKA Rendell's best friend, this guy is basically Kevin from Split. Ellie's high school sweetheart plays the bad guy throughout the first series, although this is only discovered towards the end of the season when we see him transform into Dodge. After using the Echo Key to bring Lucas back to life, Ellie discovers that what she has brought back is not really Lucas at all, instead it is the demon possessing him. The question is, is Lucas still in there somewhere? Check out Freesat's 5 theories for season 2! 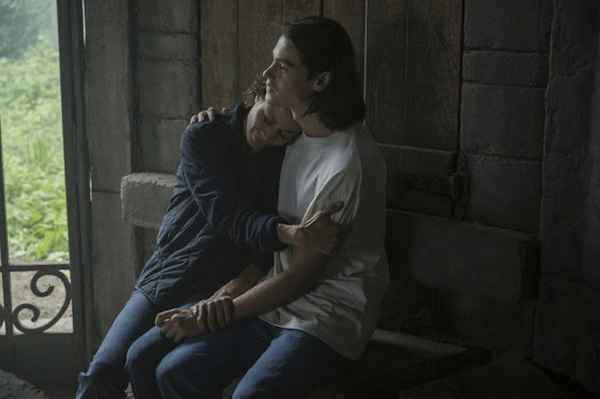 Son of Ellie Whedon, Rufus is the house keeper at Keyhouse, and becomes an important companion of Bode Locke when they bond over their GI Joe action men. Weary of the house in general, Rufus plays an integral part of the story when it comes to helping Bode discover the keys. He suffers an unfortunate accident at the hands of Dodge towards the end of the series and is sent to live with family elsewhere, but we have a feeling his story isn't over yet... 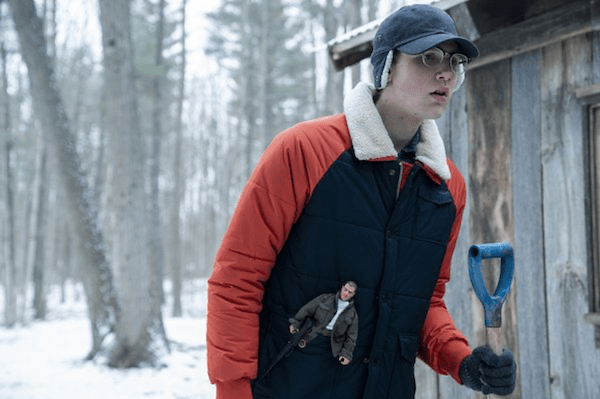 Father of the Locke siblings, Rendell mainly appeared throughout the series in flashbacks from the characters' memories. Tormented by his past, Rendell was a soft spoken family man just trying to make things better for the people around him, and although he left Matheson in an attempt to escape his past, he left a drawing of his family home (Keyhouse) on the wall of his office as a reminder of his past. This later becomes slightly more significant as the show progresses. 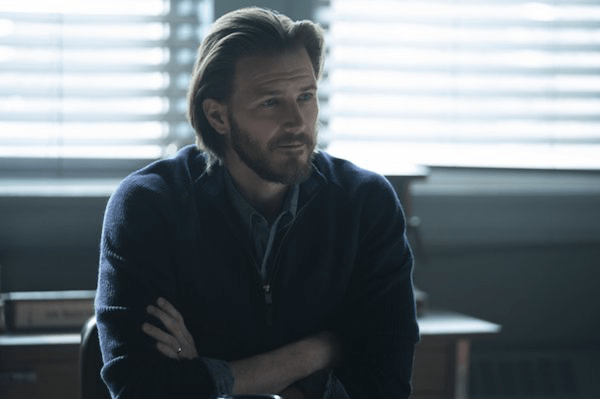 Use the Anywhere Key below to find out more about Netflix's Locke & Key!