While waiting for a bus in Well Hall Road, Eltham, back in April 1993, Stephen Lawrence was murdered in a racially motivated attack. The brand new drama coming soon to ITV unpacks the second investigation, and stars Sharlene Whyte, Hugh Quarshie and Steve Coogan.

What is Stephen about?

The brand new follow up drama interpretation to The Murder of Stephen Lawrence stars Sharlene Whyte, Hugh Quarshie and Steve Coogan, in an effort to unpack the second investigation into Stephen Lawrence's death back in 2006. While waiting for a bus in Well Hall Road, Eltham, back in April 1993, Stephen Lawrence was murdered in a racially motivated attack, and ITV decided that now was the time to revisit the chilling true story, that still, almost thirty years later, holds such similar parallels to the world we live in today.

Speaking to the three main actors, Coogan, who plays DCI Clive Driscoll, mentioned that he 'spoke to [Clive] on zoom. [He] had a long conversation, and [he] watched all the material that was available.

'It was an honour to play Clive.'

'As an actor I don’t often play nice people, so it was a nice change for me to play someone with unannounced integrity. In some ways, playing a real person is easier than playing a fictional character, because you have that backstory already. Ironically, it was nice to celebrate someone who wouldn’t celebrate themselves.'

‘All I had to do was react’

'Common sense coppering' was one of the terms referred to early on in the drama, and Coogan mentioned that he spoke to Clive about that particular phrase.

‘I asked him; if he was a working class copper, why didn’t he become one of those cops that took back handers? He said his mother was a single parent, and she was honest and decent, so he thought he’d be letting her down if he wasn’t being honest.

‘It’s important to remind people, through drama, that there are decent people in the world, that the world isn’t full of cynics. Clive Driscoll decided to help two people he didn’t know, because it was the right thing to do. No good deed goes unpunished, and I think Clive is a testament to that'.

Hugh Quarshie, who reprised his role as Stephen's father Neville for the ITV drama, talked about his encounter with Neville Lawrence back in '99, and how he did things differently this time around.

‘I spoke to him the first time around, to try to grab his essence, copying his hairstyle. This time around, I had a feeling it would be intrusive to ask the father of Stephen how he felt about the second investigation. This script is less a reconstruction, and more of a dramatic interpretation of events. It was more about trying to interpret the script, rather than Neville himself. It was a kind of liberation in a way. The first time round I tried to make myself sound like Neville, but with Stephen it was more about being faithful to the script, which in turn was faithful to the story.

‘The scene by the graveside [was especially touching]. My son is now 18 years old, the same age Stephen was when he was murdered, and it’s a question that all fathers ask, particularly fathers of colour. You have to decide, what do you teach your son? To always be on guard, that the world is a dangerous place? What could he have done better or told Stephen differently? This is a man that is still hurting. I can understand that, too, the place that you need to go to, to consider what has happened, and what needs to happen in the future.

Sharlene Whyte (Small Axe, We Hunt Together) who plays Doreen Lawrence, Stephen's mother, said that she had 'never met Doreen.'

‘I have never met Doreen. I was trying to keep a respectful distance from her, and shy away from asking her questions and asking her to relive the experience yet again. I just hope that she feels we did the story justice. As Hugh was saying I also have an eighteen year old son, a young black teenager. I also didn’t want to be too coloured by what she had to say, because I wanted to give an honest portrayal by servicing the story and servicing her.

‘Doreen was bright and intelligent and measured.’ - Sharlene Whyte

‘I think Doreen and Neville and the memory of Stephen is hopefully an inspirational message, but I think we need to listen to them when they say there’s a long way to go’ - Joe Cottrell Boyce

Stephen is coming to ITV on Monday 30th August, 9pm. 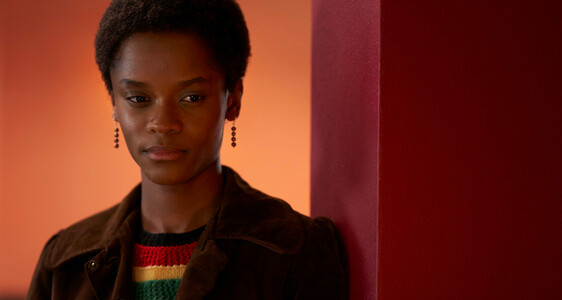 Everything we know about Small Axe on BBC One