How to watch The Sex Lives of College Girls for free

Mindy Kaling hits the mark once again with HBO series The Sex Lives of College Girls which goes free-to-view this week! Keep reading to discover how to watch it for free on Freesat!

The Sex Lives of College Girls came out late last year in the US on HBO Max, and blew up big time. So it’s no surprise the UK have acquired the rights to the hit young adult series, and you’ll be able to watch it from this weekend!

What’s The Sex Lives of College Girls about?

The clue is in the show title, but Kaling’s show is also so much more than that, as always. After the success of hit Netflix series Never Have I Ever, it’s no surprise that the creator is in high demand right now, and her comedy/drama style never disappoints.

Following the lives of four eighteen-year-old university roommates as they navigate their way through freshman year, Kimberly, Bela, Leighton and Whitney have a lot to learn from each other, including new relationships, culture shocks and plenty of extracurricular activities.

Stars Pauline Chalamet (sister of Timothée Chalamet), who you may know from the Netflix film The King of Staten Island, as Kimberly Finkle, who comes from a predominantly white background and is in for a cultural awakening at Essex College in Vermont. Amrit Kaur (Little Italy) plays Bela Malhotra, a sex-positive Indian-American student who has big dreams of becoming a comedy writer, as well as Reneé Rapp fulfilling the role of Leighton Murray, an affluent student from New York City and a closeted lesbian. Last but not least, star soccer player Whitney Scott is portrayed by newcomer Alyah Chanelle Scott. Whitney is from Seattle and begins an affair with her assistant coach, as well as being the daughter of a U.S. senator.

When can I watch it?

The Sex Lives of College Girls will be available to watch weekly from Sunday 24th April at 10pm on ITV2, and ITV Hub thereafter. 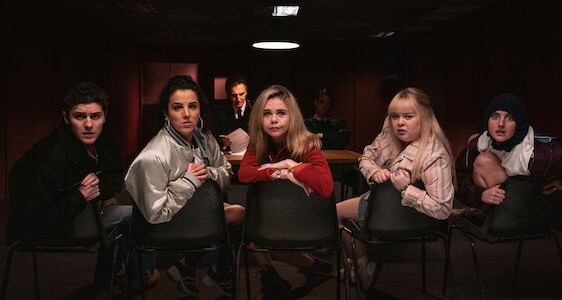 Comedy
Nobody is safe from Clare's wrath, not even Clare...

Drama
This Suranne Jones drama needs to be on your watchlist...