We had a chat with Pawn Stars' Rick and Chumlee

We just spoke to Rick and Chumlee from Pawn Stars and found out about Chumlee’s favourite game...

The front men of hit TV series Pawn Stars blessed us with an interview this week and now all we want to do is watch Pawn Stars this weekend. Pawn Stars is the ultimate show for anyone interested in finding out about weird or rare objects and artefacts, from ancient books and clothing to mint condition pop-culture memorabilia. You can watch the new episodes on BLAZE, Freesat channel 162, weeknights at 7pm!

So what did Rick Harrison and Chumlee have to say about the new season, and what they’ve been up to in lockdown? Read on to find out!

How has the pandemic impacted filming?

RICK: This season literally had to be filmed with flexiglass between us and the customers. They spent like a gazillion dollars on this super transparent glass and everyone had to social distance, when we weren’t filming everyone wore masks and what should have taken three months to film, actually took six months.

In 20 years, what do you predict is going to be the next big thing that everyone will want to collect?

RICK: That’s a tough one! Quantum computing. I really am that nerd you see on TV. There’s a book which outlines a prediction that computers will be smarter than people in like twenty years, so it’s a really weird world we’re going into and I could just nerd out for hours about how robots are slowly taking all the jobs away! But I think the whole Quantum computing thing is going to change a lot of stuff.

What’s the worst item where you lost a lot of money?

RICK: There’s been plenty of things where stuff hasn’t worked out, and you know, it’s sort of the nature of my business. I remember like twenty years ago I bought a book for twenty thousand dollars, which was supposedly signed by Shoeless Joe Jackson (Baseball player from early 1900s) which turned out to be fake. It happens, but it’s a part of the business, you know, no guts no glory! Sometimes you strike out.

Has anyone ever come into the store with stolen goods?

RICK: It rarely happens, I mean you’ve gotta be a real idiot to do it. If you come in with an expensive item we get your thumb prints, we get your ID and we turn it into the police or the FBI, but very rarely an idiot does that, yep, and I end up losing all the money on it.

Rick, what are you watching right now on telly?

RICK: I just watched Mandalorian and I’m not really a Star Wars guy but I thought it was pretty cool! Man in the High castle was pretty good too (currently on Prime Video), and I mean it’s pretty weird now because you can just stream whatever you wanna watch, but I generally don’t watch that much television. Television is sort of like hot dogs – you really like it until you see how it’s made...

How do you choose what items appear on the show?

RICK: Basically if it’s something different and it hasn’t been on the show before... Sometimes I see just a picture of something and then I’ll approve it, and then I won’t see it again until it’s actually in front of me a couple months later. Sometimes I actually have to stop the camera and do a little research, but in general that’s all me, I’m just that nerd you see on television and that’s how we do it. Usually if it’s something different and cool, and it's normally based off an image on the internet, a really small one, and I think it looks really cool, I say bring it on in. Because with most of these things if you want to see if it’s real you’ve got to see it in person.

Chumlee has entered the chat...

RICK: Chum, where you at?

Chumlee, do you have a top three TV shows of all time list?

CHUMLEE: Wow I do, you might not have heard of them though, well you’ve heard of one for sure. Number one is Rob & Big, it’s really old, and then my second one is a love or hate one, it might even be my first one: Jersey Shore! And then my third would be a real TV show, not like a reality show, it would be The Wire, another one from a long time ago. I know it’s a weird mix but those are probably some of the top shows I like. It’s a train wreck.

Would you ever change profession?

CHUMLEE: Yeah I thought about being a Victoria’s Secret model once, but... No I love this I hope that we can do this for a lot longer you know, um, I think we all thought it would only be one or two seasons and I didn’t even know if I was going to be on it at first, and I didn’t know that this would be something I could do but I love it, I'm fairly good at it and it sure beats a real job [laughter] The only downside is looking at that pretty smile that Rick has everyday, and that’s not even that bad.

RICK: I love doing it, it’s a blast. Everyday is different, I enjoy doing it, I like who I work with and we’ve got a film crew that’s been with us forever and the sound guy has been working on the show since the pilot. I really enjoy it, it’s fun, so I'm going to keep on doing it as long as they let me!

Rick, we heard through the grapevine that you’ve never taken a sick day, is that true?

CHUMLEE: If he’s sick we have to force him to go home, for sure. We’re like c’mon Rick, get outta here, we don’t wanna get that... Then later we’ll find him in his office still trying to work.

Are there any objects or artefacts in Britain you’d love to get your hands on?

RICK: There’s a lot of stuff in the Tower of London I'd love to get [laughter]. No, as long as it’s cool, the season you'll see later this year we’re in the UK and I'm actually buying some stuff there.

CHUMLEE: I didn’t get to go on that trip, Rick didn’t take me, UK viewers won’t be very happy with that Rick.

RICK: I did take you to Rome, though.

CHUMLEE: That was really fun season, actually, it was one of the seasons that we had a lot of fun behind the scenes with.

Chumlee, do you have any favourite memories from set?

CHUMLEE: I went to Italy and the memories were just amazing. We were in Rome and we looked at a vespa, and I'd never been to another country like that so just to see and experience another culture was really fun to me and will be something I'll remember forever. Just spending those 10 days out there filming and exploring, and I spent ten thousand dollars of Rick’s money while he was in the UK. I couldn’t get a hold of him so I took a big gamble, usually when I spend that kind of money of his, I like to ask him, but I bought the records and it turned out to be a good deal so everything worked out. Otherwise I would not be talking to you guys here today 😂

Will the business continue in the family?

Fair enough. Plus, Chum is part of the family, too.

CHUMLEE: Can’t get rid of me.

RICK: Yeah, I'm sort of stuck with him.

Do you guys think I should try and dig out my old Pokemon cards from my loft?

CHUMLEE: I love Pokemon. Are they the English versions? You gotta look them up, there’s a website called tcgplayer, and you can look up all the cards right there and it’ll tell you how much they’re worth. There’s a number on the cards so you might have Pikachu 107, and out of the twenty years Pokemon has been making cards, they’ve never made another Pikachu with the number 107, so that’s a great way to look them up. A recent mint condition card recently sold for almost £200K. Ones in OK condition still bring in about a thousand bucks.

(Maybe we’ll make an appearance next season on the show)

CHUMLEE: Rick passed up on a whole bunch of Charizards one time

RICK: Because it’s ‘Pokemon’ 😂. Chum tried to teach me how to play it, and I just gave up because I thought it was silly.

CHUMLEE: I actually play Pokemon still, like the card game and everything.

Do you still play Pokemon Go?

CHUMLEE: I still play Pokemon Go, I actually played it this morning and unlocked new levels. I’ve been at level 40 for years, and so I'm grinding right now to get to level 50. But yes, I still play, and I love it!

While you’re here, scroll down to find out what Pawn Stars prezzie you’re getting for your birthday this year...

Good for Coffee enthusiasts, not so much if you’re a tea person...

Do not try to pick up a truck with your pinky finger.

Warning: Do not try to eat these.

Excuse me while I binge watch The Mandalorian.

Maybe this will be the push to get you to start your fitness YouTube account. Maybe not.

You will either become a musical genius or a very rich person. The choice is yours.

All I can say is Dear lord, what a sad little life. You ruined my night completely so you could have the money and I hope now you can spend it on lessons in grace and decorum. Because you have all the grace of a reversing dump truck without any tyres on.

Born in October: Back to the Future: Replica DeLorean

If only this were real...

Perfect for that ball at Buckingham Palace you weren’t invited to.

Congratulations, you now have the secret to creating the Philosopher’s Stone. But while you can’t actually turn lead into gold with this secret, you could bag yourself a pretty penny for this book.

Watch Pawn Stars on BLAZE, Freesat Channel 162 every weekday at 7pm. Don’t forget to sign up to our newsletter below so you never miss the latest telly scoops! 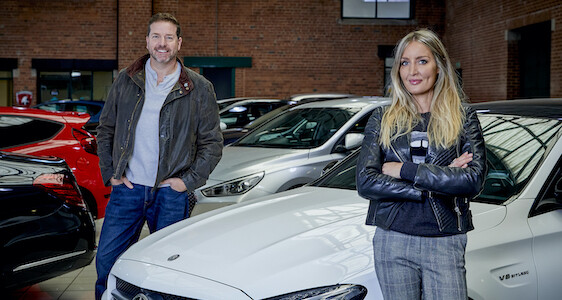 Entertainment
Click for money saving tips from the car experts 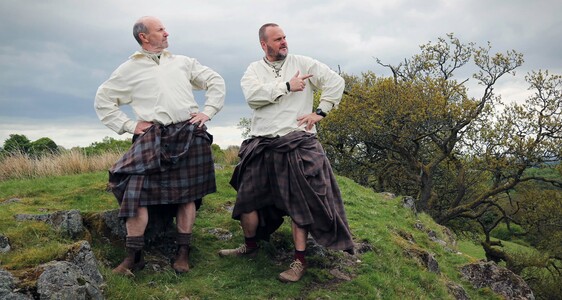 Al Murray on Why Does Everyone Hate the English?

Entertainment
Find out more about BLAZE's exciting new show which combines history with a healthy dose of humour. 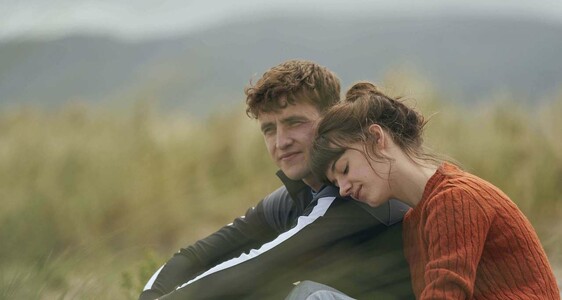