Al Murray on Why Does Everyone Hate the English?

Al Murray: Why Does Everyone Hate the English? starts tonight at 9pm on BLAZE (Freesat channel 162)! In this exciting new show, Al travels to England’s closest neighbours to find out what the English have done throughout history to rub everyone the wrong way. We were lucky enough to chat with Al about the show and find out the scoop on why everyone hates the English...

Known for his comedy alter-ego, the fiercely patriotic Pub Landlord, Al Murray has since put aside the red blazer to pursue his own interests in history, though he still adds plenty of fun to it! Featuring comedians from each country along with Al, Why Does Everyone Hate the English looks like it’s going to be a history programme with a healthy dose of humour. In each episode he’ll be joined by one of these local comedians:

So without further ado, let’s hear from Al himself...

Hi Al, thanks so much for taking the time today! So, in your own words, can you tell us a bit about the show and what to expect?

AL: Well, it’s five episodes of me, not in character as the Pub Landlord for the main programme, though he pops up in little slithers, visiting five countries, five of the English’s closest neighbours, finding out why there may well be bad feeling toward the English in Scotland, Ireland, Wales, France and Germany. I’ll be joined by a comedian from each of those countries and basically we do some stuff, chew the fat and have a think about why the English along the way have rubbed people up the wrong way.

It sounds like a very interesting show because it’s not your classic history documentary, but it’s not a classic comedy either. Can you tell us a bit more about how the combination worked when making the show?

AL: You’re right there, because we are trying to get to grips with some quite interesting and important stuff, but we’re also wearing it lightly, because after all. we don’t want anyone to hate anyone if we can possibly help it. Each programme has quite a different tone, because the circumstances in each country are quite different.

So, in France...it’s all ancient history, it’s all battle of Agincourt, it’s all stuff which is kind of irrelevant, but then when you go to Scotland there’s the thing of the referendum and the independence campaign and whether that’s to do with the English or not, so we talk about that.

Then there’s stuff in Wales in the 1960s to do with the Welsh language which has been pinned on the English, and certainly in previous centuries we can certainly argue it definitely was the English meddling... Then in Ireland, the history is so complex and really recent, there’s some bad stuff which happened really really recently...and then in Germany there’s the ghost of the Second World War hanging over everything which we talk about, and so there’s a difference in tone in each of them which I think is really interesting.

So of all the comedians you met, who do you feel had the best argument against the English?

AL: Well what was fascinating is that for each country they all took a very different approach. So  Henning Wehn, who I went to Germany with, he lives in the UK, so he said going to Germany is like going on holiday for him, he’s never there. So he views Germany a little differently for that reason, and he’s really funny about the English in themselves, because he has this real outsiders view as a German, and also gets the needle of the history. Then Andrew Maxwell was fascinating about Ireland, because he’s got a very cool head about Ireland and Britain’s relationship...everyone was different and everyone was fascinating and funny.

Do you think after your travels and hearing all these stories that it’s fair enough that everyone hates the English?

AL: Hahah, well I spent a lot of the programme going “look it’s not me, and it was all a really long time ago, so you can’t pin it on me”, and that’s how I feel about a lot of the stuff, because you know, if you end up hating one group of people you’re probably going to end up hating loads of others truth be told, and moving on from things is probably the best way of dealing with them. The programme is a sort of romp through a load of stereotypes as well as some really interesting history. And after all, one of the things with Ireland in particular is I have loads of family who are Irish, and I have Scottish family, we were all tangled up together, so making these sort of divisions maybe isn’t the answer anyway.

So where would you say your favourite place to travel was on this journey?

AL: Ooh gosh, that answer automatically gets me into trouble with other people...I tell you what though, we went to Hamburg for the German episode and I’ve since made a point of going back to Hamburg, because one of the things about when you’re filming somewhere is you’re just running about filming, you don’t actually get to experience it. So I think I’d probably say Germany, but mainly because I’m really familiar with Scotland and I know Ireland quite well, I’ve been to France a lot and Wales...so I think I’d have to say Germany because I’ve gone back since.

Are there any fun moments from filming which stand out to you?

AL: There’s loads of fun moments. Anton and I went up the Seine on a riverboat drinking champagne arguing about De Gaulle, that was a particularly memorable moment for me. I went white water rafting with Elis James, that was brilliant, something I thought I’d never ever do...there was just a bit of everything really. In Germany we barbequed sausages on the beach at Hamburg then got in a car and drove into the sea, so you know, a bit of everything!

With the breadth of British history there is, do you think there’s potential for a second season?

AL: Yeah, I mean have a think about all the people we’ve brassed up across the world...although a lot of that we did with help from our Scottish, Welsh and Irish friends at the time if we’re honest, particularly our Scottish friends! I mean, yeah, how many countries were part of the British Empire? It’s vast!

Yes, I’d love to [do a second season]. It would be great to go to Australia and talk about this because  there's a rivalry which continues through sport, that’s a really powerful rivalry, so it would be great to go there and talk about that. And then, you know, there's the US and Canada, as well as countless other places...I mean you might go to some country and there will be a thing that we, here in the UK, have completely forgotten about or don’t even know about where we did something that really really annoyed the local inhabitants which we’re still in their black books for, you never know. The possibilities are endless!

We know for this show you were yourself, but what do you think your comedy alter-ego The Pub Landlord would have to say about all this?

If you personally had to pick between watching history or comedy on TV, which would you choose?

Well hopefully this show will be the perfect balance of the two!

AL: Yes, yes, that’s very much what we tried to do. It’s an entertaining programme, but I mean, really, this stuffs all about relationships, it’s all about how people see each other. In relationships, how you feel about someone is based on what you think is true about them, and a lot of the history we have with our neighbours, a lot of what we think is true isn’t true, so maybe here’s another way of thinking again about each other.

Mind you it was great fun being in France and arguing with Anton de Caunes about things that didn’t matter, like who invented the television, because if you go to the French science museum there’s an exhibit which says that a French bloke invented the TV, whereas if you go to the Science Museum here [in England], they’d tell you it was John Logie Baird who did it in London, but of course he’s Scottish so in Scotland they say its Scottish...all this stuff, it’s a sure way to drive yourself crazy.

So you’re saying history is inherently biased, because everything you learn in school is different depending on where you learn it?

AL: Exactly! And of course it is, why wouldn’t it be? After all, history is the story you tell about yourselves to figure out who you are, and you’re obviously going to make yourself want to sound great!

Very true! So do you have any other projects coming up which we can look forward to?

AL: Well I have a history book out called The Last Hundred Years (give or take) and All That: A Hilarious Gallop Through 20th-century History, which was out today actually! [Thursday 29th October] It’s a misremembered journey through the 20th-century, so it’s a sort of rough guide to the 20th-century, and its 100% biased and incomplete, so I’ve left out all the stuff I’m not interested in.

Thank you so much Al!

Tune in to Al Murray: Why Does Everyone Hate the English? on BLAZE (Freesat channel 162) every Monday at 9pm, starting tonight Monday 2nd November. Want to read more behind the scenes interviews? Sign up for Freesat’s newsletter for all the latest telly scoops. Or, if you’re in the mood for more history, check out the best history documentaries on right now. 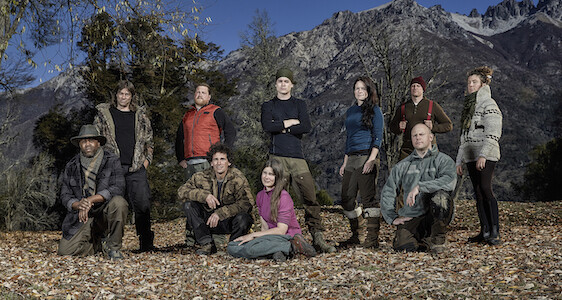 Features
Paranormal activity documented on camera and more on BLAZE... 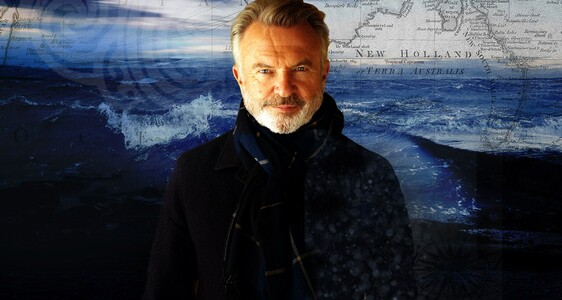 Documentaries
Find out what Sam Neill said about his journey around the pacific.