Unravel the mind of a serial killer with Dr Bryanna Fox

Starting Tuesday 12th April at 10pm on CBS Reality (Freesat channel 135), Descent of a Serial Killer explores several real-life cases to look at serial killer’s histories to see when the red flags began to appear, and question whether these killers could’ve been stopped.

Dr Bryanna Fox, a leading Psychological Criminologist, former FBI Agent and specialist in evidence-based profiling will present the show, bringing her own expertise and knowledge to each case. Looking back at the killer’s childhoods and early teens, Dr Fox will examine patterns of behaviour that gradually show each individual moving down a dark path.

Just a few of the cases Dr Fox will explore are murderer Gerard Schaefer, who committed heinous crimes behind the security of his police badge; mass-murderer Danny Rolling, otherwise known as the “Gainsville Ripper”, and Eddie Mosley, who adamantly claimed his innocence throughout his sentence despite damning evidence against him.

Watch the trailer for a peek:

But let’s hear from Dr Fox herself...

Thanks for taking the time, Dr Fox. First of all, could you tell us a little bit about Descent of a Serial Killer?

This show takes a fascinating look at what most of us have wondered- what makes serial killers commit the unthinkable murders they do, and what can society do to prevent this in the future? Alongside other noted experts, I use my training in psychological criminology and FBI experience to examine the making of some of the most infamous serial killers in history, and the red flags and risk factors they showed along the way.

How did you get into the field of criminal psychology? What about it interested you?

I was always interested in why people behave the way they do, and trying to understand how to help people. The most challenging forms of this are cases of extreme violence, such as those who commit serial murder. Using science to understand why someone would do something that terrible, and how to stop it, was my version of becoming an astronaut and going to the moon!

What made you decide to start transferring your expertise to television?

I think my field does incredible research, particularly on risk factors for crime and violence, but it often ends up in academic journals which the general public can’t access. So, I saw this show as an opportunity to translate our best scientific research to all those who want a better understanding of why people commit such horrific offenses.

Can you tell us more about what “evidence-based profiling” is?

Offender profiling as we know it was developed by the FBI in the 1970’s as a means of deducing the features of a person who commit a crime based upon the way the crime was committed. While this was ground-breaking at the time, the approach is nearly a half century old and based upon the subjective educated guesses of profilers, not science or data. So, my colleague Professor David Farrington and I developed evidence-based offender profiling to move the field forward, and use empirical data and scientific methods to develop, evaluate, and replicate offender profiles, thereby increasing offender profiling's accuracy and utility for active police investigations.

Was there a case on the show which really stood out to you? Can you tell us a bit about it?

Many of these cases have personal meaning for me. For instance, I was at the University of Florida in Gainesville studying criminology years after Danny Rolling murdered five students there, and I currently live in the Tampa Bay area and have driven on many of the roads where Bobby Joe Long dumped the bodies of many women he abducted, sexually assaulted and killed. This makes these cases hit close to home for me, and underscores the importance of high-quality research aimed at preventing these types of offenders from developing in the future.

Were there some obvious patterns in the serial killers the show explores?

It was very interesting to see that there was no single recurring red flag or risk factor across all the serial killers we covered, but each had something. This shows us that in general there are issues in each case that we can identify and implement positive and supportive prevention strategies to address, and hopefully prevent crimes like these from occurring.

When do worrying red flags usually start to present in people?

Red flags span a variety of domains such as social, psychological, developmental, familial, and individual level factors that can present at a very early age all the way up until hours before the first offense. In other words, there’s no single cause or solution to serial murder.

Are these red flags usually an inherent part of a person, or do they usually stem from trauma?

Research on what causes these red flags or risk factors to develop is still ongoing, and in many ways, in a very early state. Remember, conducting this research is extremely difficult, given that serial murder is (luckily) quite rare, and collecting sufficient data on these offenders across multiple risk domains in a reliable and valid manner starting at a young age before they develop is extremely difficult. This typically leaves us with small and unreliable samples, missing data, or lack of temporal ordering so we don’t know what caused what, only that some things tend to occur more often in serial killers than the general population. Still, this research is incredibly important, and advanced technology, information sharing, and well-funded studies are needed to make more advancements on this topic.

Do people with these traits always go on to kill, or can they be stopped?

There is no trait or combination of traits that ever causes a person to commit any behavior. No matter how many risk factors or red flags there are, we still can never predict human behavior 100% accurately. That said, there are many positive interventions, such as trauma therapy and educational programming, that have been shown to reduce the risk for those with certain red flags and have no negative impact even if the person would have never gone on to become a serial killer. These are the types of prevention programs are what I recommend to policymakers, and what hopefully will receive more funding and support so they can be used more effectively and for more people in need.

Do you watch true crime or crime drama in your spare time? What have you been watching lately?

I don’t watch true crime television shows - I get enough during my day job! But I am a huge fan of RuPaul’s Drag Race - the talent, pageantry, and humor on that show is just what I need to smile and feel inspired!

Tune into CBS Reality of Freesat channel 135 every Tuesday at 10pm for this must-see new true crime series. 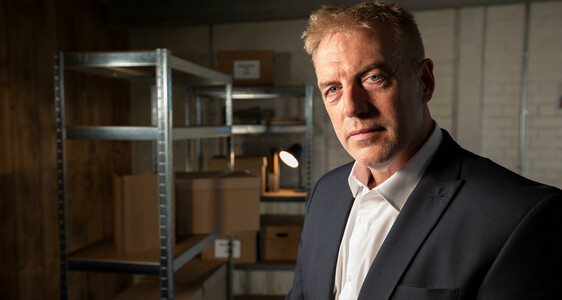 Documentaries
Hear from Donal himself about his new show and the tragic cases where killers have been released with deadly consequences... 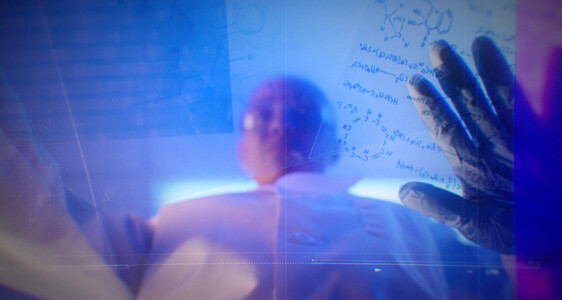