Find out why fans of the classic cop series are excited for the highly anticipated sixth season, and discover newcomer DCI Joanne Davidson played by Kelly Macdonald - this season is seriously shaking things up, and we're ready for it!

Why everyone is talking about Line of Duty season 6?

With a new face joining the mix, Kelly Macdonald (Trainspotting) makes her debut as DCI Joanne Davidson, there's going to be plenty of surprises for fans of the show, which kicks off when they discover a potential suspect in the unsolved murder of journalist Gail Vella (Andi Osho), a year after her death.

Already being linked to predecessor DI Lindsay Denton (Keeley Hawes), many feel uneasy about the newcomer – can we trust her? Find out on Sunday 21st March over on BBC One at 9pm!

We all need to get through this week because #LINEOFDUTY6 is on this week end!!!!! pic.twitter.com/6G8j0GvxEQ

We’re even getting Game of Thrones ruthlessness vibes 👀

People are so excited they’re planning to play bingo as they watch along...

Check out the trailer for Line of Duty series 6 below:

PLUS find out what DS Steve Arnott himself had to say about the upcoming season in an interview on Lorraine...

And if you need a refresher on the past five seasons before Sunday...

And finally, in celebration of Comic Relief earlier this week, let’s not forget this gem...

Tune in on Sunday 21st March at 9pm on BBC One for the first episode of Line of Duty season 6, PLUS stream on BBC iPlayer. If you want telly updates sent straight to your email, sign up for our newsletter at the bottom of the page, or check out our Showcase and TV guide for more ideas about what to watch this week. Want more of the latest TV news and updates? Be sure to follow our Twitter, Facebook and Instagram accounts. 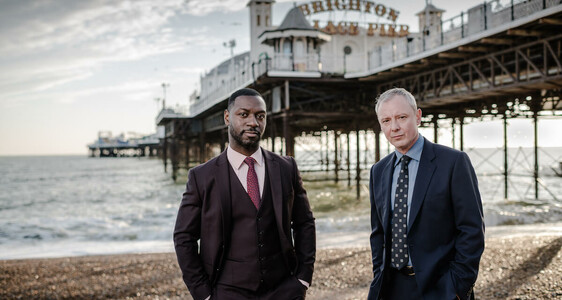