Everything we know about Conversations with Friends

We were all gripped by Normal People in 2020. Now, another adaptation of a Sally Rooney novel is coming to our screens. With the same director and same original author, we’re expecting to be just as invested in the Dublin-set drama.

What is Conversations with Friends about? *MILD SPOILERS*

Conversations with Friends was Sally Rooney’s debut novel, released back in 2017 and followed by Normal People in 2018. When Normal People was adapted for TV in 2020 starring Paul Mescal and Daisy Edgar-Jones, it quickly brought in rave reviews and a BAFTA, as well as Emmy and Golden Globe nominations, so it’s no surprise that Rooney’s debut novel is now heading for TV too with Normal People’s Lenny Abrahamson back to direct, and we can’t wait!

The drama follows two friends, Frances and Bobbi, who were previously in a romantic relationship but have remained close friends, talking about anything and everything. While Bobbi is confident and out-spoken, Frances is the quieter of the pair, but bright and observant.

However, when they meet a compelling journalist named Melissa at a poetry reading in Dublin, their lives take a turn as Bobbi develops a crush on the married Melissa, and the two begin to openly flirt. Meanwhile, Frances finds herself drawn to Melissa’s husband Nick, a reserved actor, and the two begin an intense and risky secret affair.

As Frances and Bobbi find themselves on either side of the marriage, their own bond is tested, and Frances begins questioning her own sense of self.

Who is in the cast of Conversations with Friends?

The cast of Conversations with Friends includes newcomers as well as familiar faces...

When is the Conversation with Friends release date and how can I watch it?

Conversations with Friends will start on BBC Three on Sunday 15th May at 10pm and will also be available to watch on BBC iPlayer. The series will have 12 half-hour episodes for us to look forward to, and kicks off with a double bill.

Where is Conversations with Friends set?

Like Normal People, Conversations with Friends is set in Ireland, with the two couples meeting in Dublin. However, in the novel, the group holidays in France and the trailer and teaser images show what could be some international locations along with Irish settings.

Will there be a second season of Normal People?

If there were plans to renew Normal People, that project is now on hold in favour of Conversations with Friends. Co-producer Ed Guiney told Hello! Magazine that, “[Conversations With Friends is] what we’ll be turning our attention to next. But maybe down the line we’ll come back to Connell and Marianne.”

However, it seems Conversations with Friends will be the perfect watch for fans of Normal People and will tide over any cravings you might be having for the original series, with Guiney describing the new adaptation as a “cousin of Normal People”, though he says it is also “quite different.”

Stay tuned for more updates and recommendations from our telly experts on what to watch! 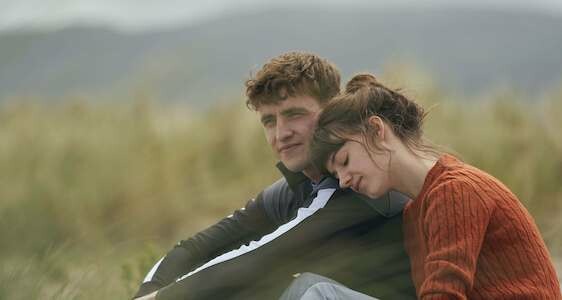 Drama
Normal People is back for two bonus episodes made for Comic Relief.

Features
Find out when the channel will return and what's coming up!