All Creatures gets Christmassy

That's right, your favourite feel-good drama is getting not only a second series, but also a Christmas special! Let's chat to the cast and crew...

Get ready for the All Creatures Great and Small Christmas special and have a chat with the cast and crew to find out about their on-set and behind the scenes secrets and spills! Want more Christmas specials to look forward to? Find our which of your favourite shows are getting the festive treatment this year...

How does the cast of All Creatures Great and Small feel about getting their very own Christmas Special?

ALL CREATURES CAST: This year has been about coming together as a community, and the original series was a show that generations have watched together and that’s been one of the lovely things about the feedback of people that have been watching it. Grandparents are reminded of watching it when they were little, with their parents [providing an element of nostalgia for some], so we’re very excited and honoured to have a show in that slot.

What can we expect to see, without giving too much away?

ALL CREATURES CAST: There’s carols and mistletoe, there is a donkey, literally everything you could possibly want [in a Christmas special]. [We] want this to be a real treat with warm, festive stories [for the family to enjoy]. [We’re giving you] all of it, where we’re sort of balancing it without tipping over into it becoming cheesy and keeping it real and [we’re] playing with real truth as well [which is really] important to us.

What does having that standalone episode mean from a writer’s perspective?

(WRITER) BEN VANSTONE: It’s a big treat, honestly, it’s nice to [be able to] finish off the series, so you build that climax in the series, but there’s that whole almost standalone feel to this [Christmas special], which is still within the world of the characters in the stories but it’s something that feels much [more different]. (It’s also longer, so there’s more to love!)

Nicholas told us this will be a difficult Christmas Eve for main character James...

NICHOLAS: It’s absolutely more difficult for James. There are a lot more ups and downs. He’s a happy character , but there's a constant battle there between his heart and his mind, as well as the dilemma of always being the good guy and doing the right thing. But he also has these proposed feelings and desires, and certainly at the start when he meets Helen we see the effect that she has on James. But his confidence grows over time.

Tell us about the kiss of life you gave to a puppy... (yep, you read that right!)

NICHOLAS: I mean, I couldn’t believe it when I read the script. I was like, this is amazing for a Christmas special giving the kiss of life to puppies. I was like, this is going to be amazing! First of all, Rachel and I were just excited to be working with puppies, we were going to spend three days in this croft in the middle of nowhere, ‘there’s going to be a bunch of puppies and it’s gonna be fantastic’ [they said].

How does it feel taking on these iconic roles?

NICHOLAS: For me certainly it was the overriding feeling of excitement. Of course, I was nervous and everything else, but I had actually come across the original series before. I watched one episode but I didn’t want to watch too much because I could end up copying things Christopher Timothy did, so I just watched the one episode, but I was nervous. I was excited though because I'd been wanting to do this for so many years, watching my favourite actors on set and behind the scenes, getting an opportunity like this, I was just over the moon and have been ever since.

Find out what else Nicholas Ralph had to say about his starring role In All Creatures Great and Small and hear from Rachel Shenton on whether she’d rise to the challenge of swapping roles with him!

Watch All Creatures Great and Small Christmas special on Tuesday 22nd December at 9pm on Channel 5, or catch up after that on My5. 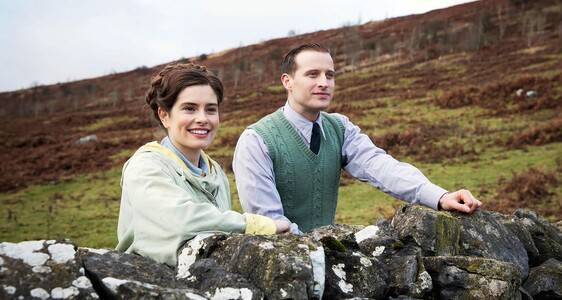 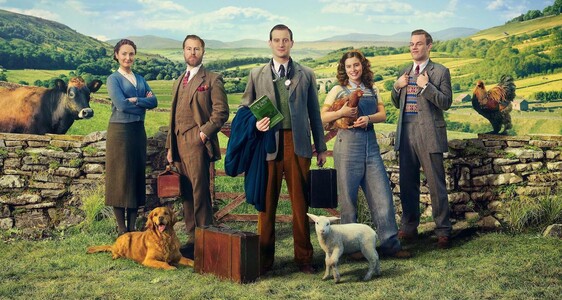 Drama
Nicholas Ralph talks about his role as James Herriot in this exclusive interview. 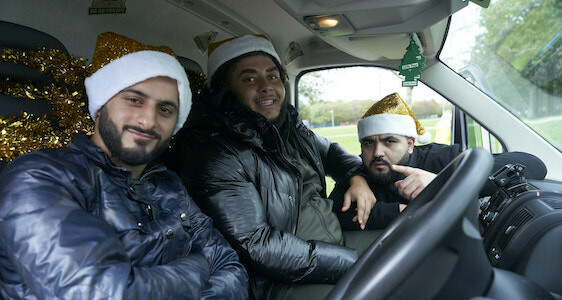 These shows are getting Christmas specials...

Entertainment
We're breaking down our top shows that are getting their very own 2020 Christmas special!