Free-to-view satellite TV: Everything you need to know

Find out everything you need to know about free-to-view satellite television and whether Freesat is the right choice for you...

Subscription free satellite television is one of the most widely watched ways to watch television in history. Home to some of the UK’s favourite channels, including BBC, ITV, Channel 4, Channel 5, Film4 and Dave, free satellite TV didn’t actually begin here in the UK. First originating in Australia in 1988, Imparja was launched in Alice Springs to service the northern remote area of Australia. It wasn’t until 2002 that Freeview was introduced as the UK’s first free-to-view television service for aerial TV. Later in 2007, BBC and ITV joined together again to create Freesat, the first free-to-view satellite television service in the UK. Over the years viewing habits have evolved from watching content on a weekly basis at a set time to being able to watch shows whenever you want on-demand, but with streaming services like Disney+ and Prime Video taking a leaf out of the traditional linear TV handbook and releasing content on a weekly basis, free-to-view TV is making a huge comeback. You may be wondering, what is Freesat? Do you have to pay for it on a monthly basis? Isn’t free TV going out of style to make way for on-demand streaming giants? We’re answering all these questions and more. Read on to find out everything you need to know about free TV, why it’s still so popular, and the biggest differences between Freesat and Freeview.

That one neighbour who always raves about how much money they’ve saved because they’ve not been paying sky high bills for subscription TV? They're talking about Freesat. The word “Freesat” stretches out to “Free Satellite”. Satellites were first used for television back in July 1962, when Telstar 1 relayed the very first live programme from the U.S. to the UK. Freesat offers 100% channel coverage across the UK [1] and you'll never need to retune to receive new channels because satellite channels are automatically added! The most appealing thing about Freesat is that there are no monthly TV bills [2]. Other paid satellite subscription TV services offer the most watched and loved channels in the UK, like BBC, ITV, Channel 4, Film4, Dave, Channel 5 and E4. But the best part is that all these channels are free-to-view, so you can get them all on Freesat! You can watch all of your favourite programmes on top UK channels like ITV, BBC One, Film4 and more as well as enjoying great on-demand streaming services like Netflix, Prime Video, BritBox and much more on our Freesat 4K TV Boxes. Find out more about our products and why Freesat is a great option for your telly viewing experience! 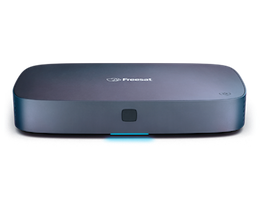 Perfect for anyone who loves free to air TV but also has a thirst for great On Demand content. 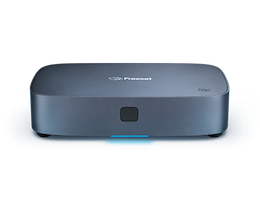 Why do I need a TV licence?

It is a legal requirement to hold a TV licence in order to:

You need a TV licence irrespective of the device you use to watch TV.

With Freesat, though, you’ll only need to

…whereas other paid satellite subscription services will have other costs like monthly bills that can increase throughout the year at any time.

What is the difference between Freesat and Freeview?

The main difference between Freesat and Freeview is that with Freesat you get your TV signal from a satellite, and with Freeview you receive channels via aerial. With Freeview you’ll be able to check what channels you can receive, and they also offer plenty of on-demand apps through Freeview Play. With Freesat, you’ll get access to 170+ channels [3], plus a mixture of free and optional paid on-demand apps [4], so once you’ve got a 4K TV Box  and a satellite dish, you’re good to go. You’ll also be able plug in your Freesat 4K TV Box to an existing satellite dish if you have one!

What’s the difference between free and paid TV subscriptions?

Is Freesat right for you?

If you love hard hitting drama on BBC and ITV, Freesat has everything you need. If it’s money you’re looking to save and put towards holidays after the long COVID lockdown, make the switch today. Join the family of telly experts who want to take you under their wing and give you all the latest on what shows are coming soon to Freesat through our TV newsletter, our social media accounts, through our weekly must-see telly picks on Showcase and our TV News page. If it’s on-demand content you’re after, our 4K TV Boxes give you access to a multitude of apps, including Netflix, BritBox, Prime Video, BBC iPlayer, UKTV Play, etc [7]. But most importantly, if it’s classic TV you’re looking for, enjoying that experience of waiting excitedly at the edge of your seat at the end of every episode, taking in all that great UK telly truly has to offer, all for free, including a guarantee of 100% channel coverage [8], Freesat is right for you.

Isn’t free-to-view TV going out of style to make way for on-demand giants?

Trends come and go, and while streaming platforms are dominating the television industry, it’s these same platforms that are beginning to adopt the traditional linear route. We’re seeing these streaming giants begin to release their biggest TV shows on a weekly basis in an effort to keep the conversation going for longer around a show, and attempting to bring back the anticipation and excitement of TV again. While binge-watching can be a great source of entertainment, we all must take a step back and admit that sometimes we can get a bit carried away... Having that space to breath between episodes gives us something to look forward to on a Monday morning at work. To put it plainly, it gets us through the day! But if you love to binge-watch as much as us, Freesat also has you covered: Check out all the on-demand content we have to offer, and explore our Recordable 4K TV Box range so you can record your favourite shows and movies and come back to them whenever suits you!  (Here are eight reasons to switch to freesat.

How to watch Guilt season 2, the most anticipated drama of the year, without paying monthly bills

Yes, it's possible! You can watch Guilt season 2 with Freesat over on BBC Two & BBC Scotland very soon, or alternatively you can watch the so far released episodes from previous seasons on BBC iPlayer whenever works for your schedule. There’s no need to have a paid-subscription to enjoy this drama and other fan favourites like Line of Duty and Des on ITV Hub. With a Freesat 4K TV Box, you’ll have endless entertainment at the touch of a button. Check out what model is right for you to enjoy free-to-view television at its best.

[4] On Demand players: Named on demand players correct at the time of publication. On Demand players are broadband speed dependent and 4K/UHD streaming requires faster broadband connection speeds – see service providers’ recommendations for details. Some optional On Demand content or services (such as Netflix) may cost extra and require paid subscription.

[5] The Most Popular Tv Channels (Q2 2021) according to YouGov as seen here: https://yougov.co.uk/ratings/media/popularity/tv-channels/all

[7] On Demand players: Named on demand players correct at the time of publication. On Demand players are broadband speed dependent and 4K/UHD streaming requires faster broadband connection speeds – see service providers’ recommendations for details. Some optional On Demand content or services (such as Netflix) may cost extra and require paid subscription. 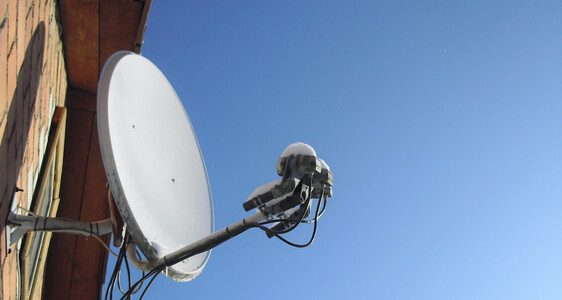 Tech
Find out more about how aerial and satellite TV differs and the benefits of each. 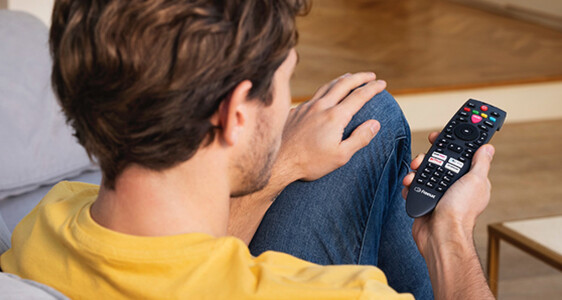 What is the Connected Red Button?

Tech
Find out more about what you can do with the Connected Red Button and how to use it on Freesat. 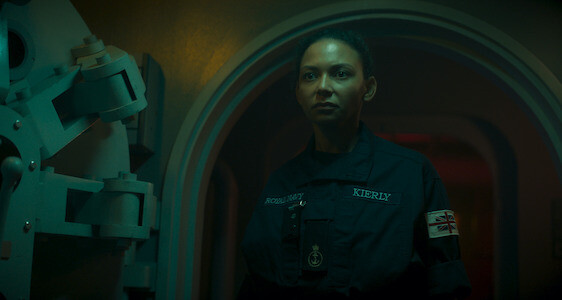 Shows to watch after Vigil

Drama
You should be watching this gritty prison drama starring Sean Bean...